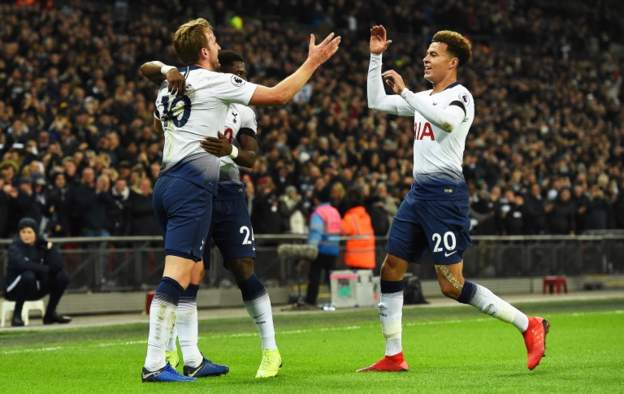 Tottenham Hotspur defeated city rivals, Chelsea 3-1 in Wembley on Saturday and ended the Blues’ unbeaten start to the season.

A late goal by Oliver Giroud could not help Chelsea as the hosts already hit three, thanks to Dele Alli, Harry Kane and Son Heung-Min.

Before the encounter, Chelsea were the only side in Europe’s top five leagues that was yet to lose this season.

Alli opened the scoring in the 8th minute, Kane doubled the lead on 16 minutes while Son made it three up for Spurs on 54 minutes, before substitute Giroud grabbed a consolation for the visitors five minutes to time.

Speaking after the win, Alli said: “We knew it was going to be a difficult game and we knew we had to start strongly.

“We created a lot of chances – maybe on another day if we had been more clinical we could have scored more.

“Chelsea are a top side and they have made some great signings but we are a top side ourselves. It was a great performance by everyone. At 2-0 we could have sat back but we didn’t.”

On his part, Heung-Min said: “We deserved to win. I had a lot of chances to score but I never give up.”

Spurs are now third in the table, behind leaders Manchester City and second-placed Liverpool.

Ronaldo scores goal no.10 in Juventus win over SPAL