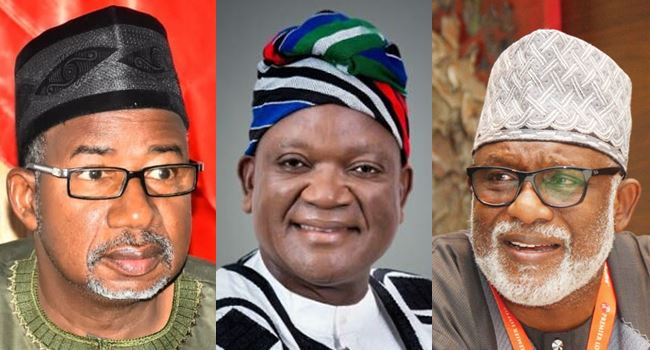 The Ripples Nigeria ‘Ranking Nigerian Governors’ was birthed in the month of August, 2019 in an effort to appraise and rank the performance of Nigerian governors.

From the beginning, Nigerian state chief executives were ranked on the basis of ‘Top 5 and Bottom 5’, through which their performances were appraised, taking into cognisance policy initiatives and executed programmes, inactions and gaffes, among other things.

The ranking is primarily geared towards holding state chief executives in the country to account, examining to what extent governance at the second-tier of government impacts on the lives and wellbeing of Nigerians in the course of the month under review.

We are, however, mindful of the rigours of governance, especially in a developing country as ours, with contending issues that daily demand for attention against the backdrop of dwindling revenues available to government.

It is our belief that it has never been a child’s play, but we are also constantly reminded of the fact that Nigeria, and its component parts, are blessed with human and material resources that are capable of being used to bring succour to citizens.

For the month of December, 2020, the ranking noted that the performances of state chief executives were abysmal, with nothing to write home about. In the course of that month, insecurity in all its ramifications persisted, while the economic woes Nigerians were facing continued unabated.

However, in the month of January, 2021, Governor Abdulahi Ganduje stood out as a shining light on account of his stand on the issue of open grazing and movement of cattle from the Northern part of the country to the Southern part.

For the month under consideration, February, 2021, we note the unfortunate descent of some Nigerian governors from the heights of their office as they threw caution to the winds and engaged in trading words, which most times bordered on personal insults and abuses, calling to question their qualification for the high office they occupy.

Even more alarming was their glaring disregard of the values of nationalism, patriotism and unity in favour of divisive ethnic positions, a dangerous stance in a vastly disunited nation as Nigeria.

We note, with disappointment, that Governors Bala Mohammed of Bauchi State, Samuel Ortom of Benue State and Rotimi Akeredolu of Ondo State became ethnic champions, advancing the cause of their respective ethnic nationalities, defending their positions with caustic words that even the masses became embarrassed.

Though we acknowledge the fact that the controversial exchanges between the governors were occasioned by the nagging insecurity in the country, especially the herdsmen/farmers crisis, we, however, were taken aback that a national challenge like insecurity was reduced to the level of ethnicity and shameful brawling by two governors, Ortom and Mohammed, who are incidentally members of the same party.

We reckon that if the governors had been first Nigerians, patriotic and nationalistic before being Fulani, Tiv or Yoruba, they would not have reduced the nagging insecurity in the country to a dance of shame it unfortunately became.

It is our view that political leaders, either elected or appointed, at every level of governance must always show the way, lead by example and give the ordinary Nigerian a positive example to follow in our quest to build a Nigerian nation where citizens see themselves first as Nigerians before identifying with tribe and ethnicity.