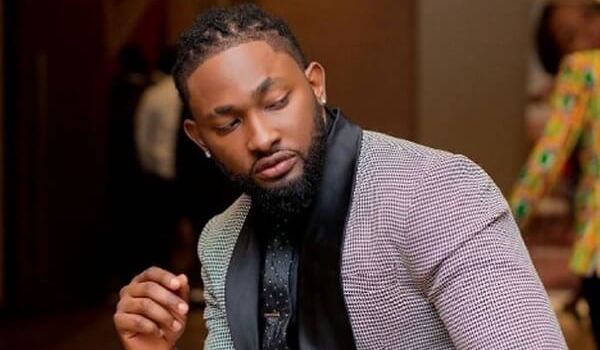 TV personality and winner of the fifth edition of the Big Brother Africa (BBA) reality TV show, Uti Nwachukwu has filed a petition with the Inspector General of Police, against a Twitter user who accused him of raping her sometime in the year 2017.

Uti Nwachukwu in the petition filed on Friday which was lodged through the chambers of his counsel Johnmary C. Jideobi & Co, said that the only credible means of clearing his name was for the Nigerian Police to launch an independent investigation into the criminal allegations levelled against him by the Twitter user identified as Kambili Korie (@KambiliKorie).

The petition filed by Uti (a European Union, EU, Representative of Sexual Assault Referral Centers in Nigeria) dated June 5, and which was addressed to the IGP also copied the Force Criminal Investigation Department, Alagbon, Lagos, reads thus in detail below;

“PETITION AGAINST ONE KAMBILI KORIE [USING THE TWITTER HANDLE: @KambiliKorie] FOR HER RECKLESS ALLEGATION OF RAPE BORDERING ON CRIMINAL DEFAMATION OF CHARACTER AGAINST THE PERSON OF UTI NWACHUKWU BROUGHT PURSUANT TO SECTION 24 OF CYBERCRIMES (PROHIBITION, PREVENTION, ETC) ACT 2015,

The above subject-matter refers. “We are a firm of legal practitioners and we have been consulted and our services retained by one UTI NWACHUKWU [whom we shall henceforth in this petition be referring to as our client] on whose behalf and express instruction we present this petition to you.

“It is the case of our client that on Thursday, the 4th day of June 2020, one Lady identified as KAMBILI KORIE with this twitter handle: “@KambiliKorie” [a suspected catfish account] blatantly levied a heavy allegation of rape against our client in a series of tweet of the same date.

“Of the flurry of tweets, the allegation of rape was couched in this clear language which we take the liberty of this petition to quote for their defining impact on the points in the contest thus: ‘One fateful day, he came around without letting me know. My roommate wasn’t home then. I was a bit angry with him for the surprise visit but I didn’t consider it a big deal. He advances at me. Told me I was the prettiest girl he knew and that he was obsessed with me. I told him we could talk this out. He fled (sic) up. In his words

“I always get what I want”. And that was when he forced himself on me’.

“The said KAMBILI KORIE went on to exhibit screenshots of some discussions which our client supposedly had with Unfortunately, some popular Nigerian media platforms with large followership have, contrary to all known journalism ethics, lent their platforms to the said KAMBILI KORIE for the global dissemination of these spurious allegations against our Client without prior investigation either from our Client or any other credible source to ascertain its veracity or otherwise.

“To start with, our Client emphatically denies each and every allegation contained in the impugned tweets of KAMBILI KORIE which are nothing but the figment of the imagination of the person who contrived the same.

“Our Client has no personal knowledge of the harbinger of these outlandish claims and satanic falsehood.

“It is instructive to state that on the 5th day of August 2017 when KAMBILI KORIE alleged [by the attached screenshots] that Our client indicated his interest to visit her, our Client was in faraway Houston, Texas, United States of America, and not having the rare divine gift of bilocation, could not have possibly visited anyone in Nigeria as the screenshots preposterously suggested.

“Prior to this petition to your esteemed office, our Client had openly challenged the peddler of these damming lies to report him to the nearest police station so as to enable the police take up the investigation all to no avail.

“In the circumstances as above, our Client is of the confirmed view that the sole agenda of KAMBILI KORIE is to destroy the sterling reputation he has laboured all through his life by dint of hard work to build, as the allegations against him are not resting on any factual foundation.

“Our client believes that KAMBILI KORIE knows that her accusation of sexual molestation against him is false but was propelled by malicious purpose of causing him annoyance, inconvenience, insult, injury, enmity, hatred, ill will or needless anxiety.

“Our client has no greater heritage than his reputation. He was the winner of Big Brother Africa 5, currently a television presenter and an EU Representative of Sexual Assault Referral Centers in Nigeria.

“It is against the backdrop of these towering credentials and distinguished accomplishments that it has become even more compelling for our client to clear his name.

“This is quite apart from the flurry of calls and text messages with which he has been inundated from loved ones who were/are shocked upon reading the weird tweets of KAMBILI KORIE painting him as a sexual predator.

“It is our considered view that the only credible means of clearing the image of our client, which we hereby demand, is for the Nigerian Police to launch a full-scale independent investigation into the criminal allegations levied against him.

“In this regard, our client is ever willing to surrender to the Police if need be and assist the Police in whatever way to get at the bottom of this allegation.

“In the most likely event that KAMBILI KORIE is not able to assemble the body of evidence to substantiate her spurious claims, our Client shall be insisting that she [KAMBILI KORIE or whosoever that is behind the twitter handle which our Client suspects is a catfish account] is processed through the system ordained by our criminal justice laws especially as dictated by Section 24 of CYBERCRIME ACT, 2015 earlier quoted.

“It is only by this means that those who relish in tarnishing the reputation which their fellow citizens have laboured to build over the years will be deterred and served their just desert,” the petition concluded.

Bandits killed 21 not 120 in fresh attacks in Zamfara, police says