RAPE ALLEGATIONS: Fatoyinbo intensifies efforts to save face but how far can he go? | Ripples Nigeria 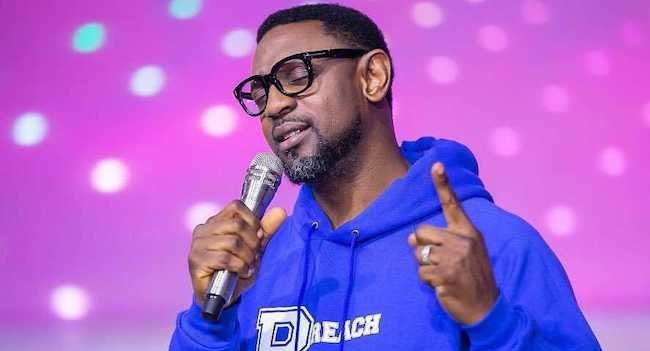 The recent turn of events in the brewing matter between Busola Dakolo and Pastor Abiodun Fatoyinbo over rape allegations confirms earlier reports that the clergy is making frantic efforts to save his battered image.

Questions were raised when the growing support shown to the embattled Pastor of the Commonwealth of Zion Assembly (COZA) received more boost with the visit of President of CAN Abuja, Reverend Jonah Samson and CAN President North Central, Reverend Israel Akanji, who pledged support and prayers for Pastor Fatoyinbo when both visited COZA on Sunday July 14th.

That visit by the CAN leaders which raised fresh curiosity suggesting Pastor Fatoyinbo may be making behind-the-scenes moves to salvage his image was, however, dealt a huge dent when the Christian Association of Nigeria (CAN) officially distanced itself from the visit by two of its members.

The Christian umbrella body in a statement by its National Director of Legal and Public Affairs, Evangelist Barrister Kwamkur Samuel Vondip, said the pastors who had visited the church were on their own.

That episode was followed by the invasion of the residence of the Dakolo’s by policemen who informed that they had come to deliver a police invitation letter based on a petition.

According to the police, Timi and Busola Dakolo, are expected to meet with DSP Ibrahim Agu on Tuesday 23rd July, 2019 for fact- finding following the delivery of the invitation letter.

The police also said the invitation letter was sequel to a petition of criminal conspiracy, falsehood and threat to life in which the couple’s names were mentioned.

In another interesting twist, the police denied receiving a petition filed by Busola Dakolo, wife of R&B singer Timi Dakolo against Pastor Abiodun but confirmed that the first petition received was from the clergyman which they acted upon immediately.

Ripples Nigeria had reported how Timi Dakolo at a press conference on Sunday noted that his wife Busola had on June 27th, filed a petition against Pastor Fatoyinbo within the Lagos state police command, a day before her explosive interview was released by an online platform.

Some sort of support has also come the way of Busola Dakolo after Aisha, the wife of President Buhari, waded into the case when the home of the Dakolos was besieged by security officials on Saturday, July 20.

The First Lady called the attention of the Police Inspector General to look into the matter in a Twitter post on her official handle.

In the same vein, the Nigerian chapter of Amnesty International says the attempt by the Nigeria Police Force to intimidate and harass the Dakolos is showing a disturbing trend on how victims of sexual assault are treated in the country.

Close watchers are now worried that the arm twisting methods being applied by the accused may force the Dakolos to back down in their bid to ensure that justice is served to the clergyman who is in the eye of the storm.