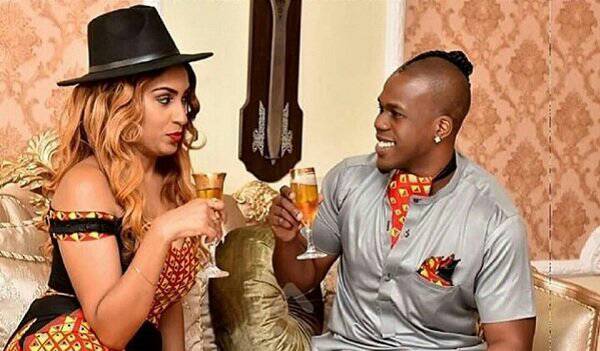 The rapper took to his Instagram page to state that he regrets announcing that he cheated on Juliet Ibrahim on social media as he slammed those who wouldn’t stop dragging him for it.

According to him, people still bring up the fact that he cheated on actress Juliet Ibrahim stating that his cheating escapades which he admitted to in the past has won him more foes than fans.

Iceberg Slim in the message on the social media platform said that all he did was to cheat on his girlfriend and he did not kill anybody but people still hold it over his head.

He wrote; “Social media smh…I know I’ve fallen into the trap of having to explain or defend myself or tell my side of a story when it was no one’s business but mine and that of the person I was involved with.

“You’ll think you are doing what’s right, for the greater good, but again it’s NO ONE’s business. These things will never leave the Internet …and they will forever be held over your head. It’s not worth it.

“Word from the self-righteous association ‘You cheated’ I’ll never downplay or justify what’s wrong. I owned it up and learned from it.

For everyone that wants to bring it up every day, because there is nothing to talk about…as I said in my ‘Geng’ remix, na cheat I cheat, I nor kill person,” the rapper added.

Iceberg Slim and Juliet Ibrahim were at a time, one of the most talked-about celebrity couples in the entertainment industry before they broke up last year with reports revealing later on that the rapper cheated on the actress which inevitably forced him (Iceberg Slim) to issue a public apology to his now estranged girlfriend. 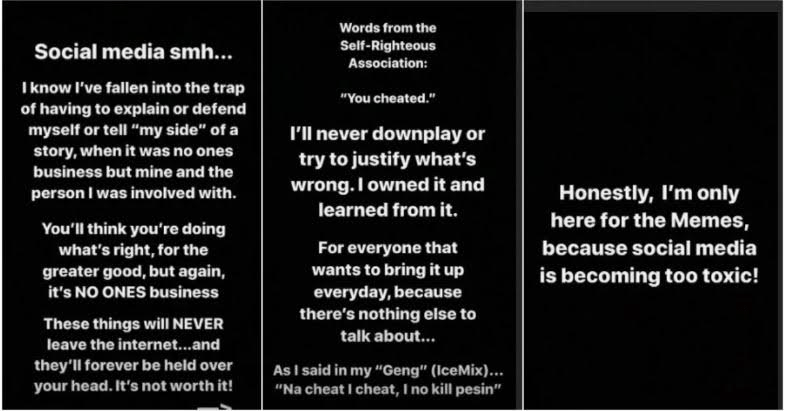