Home » Graffiti » Re: Femi Adesina I beg to disagree 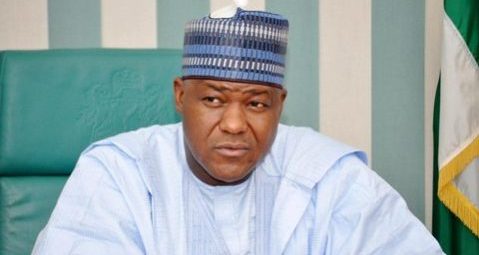 By Turaki A. Hassan

It is not in my way to respond to every opinion expressed about or against the Rt. Hon. Yakubu Dogara, the Speaker of the House of Representatives because I believe that as a public servant, he is subject to public scrutiny which is well within the right of citizens to assess their leaders.

This is why you will hardly read any article written by me rebutting any opinion so expressed in the last two and half years except where there is a deliberate attempt to tarnish Hon. Dogara’s reputation or ascribe what he didn’t say or do to him.

It was appalling to read an article written by Mr. Remi Oyeyemi who said two wrong things about the Speaker which I find highly offensive and feel the need for them to be corrected, even for the sake of history, as allowing such negative and tainted narrative to be, will amount to admittance of all the charges.

He mischievously referred to a speech delivered by the Speaker just few weeks after his election in his home town of Tafawa Balewa at a thanksgiving service where he advocated for unity among the various peoples of the area which had witnessed ethnic and religious skirmishes in the past.

“For us who are Christian minorities in the North, we should acknowledge that this victory we are celebrating here today was made possible by the intervention of the Sultan and others. We should know that there is new thinking in the North,” the Speaker had said at the event.

Yes, Hon. Dogara will never be ashamed to acknowledge and appreciate the immense support and goodwill he enjoyed from his northern Muslim colleagues, who against all odds, defied forces of divisions and retrogressions and voted for him to become Speaker.

Infact, his victory with marginal eight votes wouldn’t have been possible if all the members of the House of Representatives from Sokoto State had opted not to vote for him because out of the 11 Sokoto Reps, nine votes were for him in an election in which he won with only 8 votes.

If the Sultanate or even all northern Muslims had decided not to vote for him, would he have become Speaker in view of the fact that even some of our southern Christians, especially those from the south west refused to cast their lots with him?

The “new thinking” the Speaker mentioned is that of northern cohesion and unity and no more. Or is Mr. Oyeyemi not happy that the Speaker called for unity in the northern region?

What Mr Oyeyemi said only betrayed the suspicion amongst northern Christians that some southerners only remember northerner Christians during elections and when they need their votes to split the north but choose to forget them when it comes to appointments or dividends of democracy. How many votes did Hon. Dogara get from the entire South West to emerge Speaker?

To insinuate that the Speaker tacitly endorsed the killings by armed fulani herdsmen is, to say the least, unfortunate. I wish to state categorically that Mr. Oyeyemi alleged wrongly that Hon. Dogara kept sealed lips over these killings.

I pray God forgives you, Sir.

For the avoidance of doubt and to set the record straight, the Speaker had repeatedly, consistently and openly condemned these killings at different times. This is aside the behind the scene role he continues to play as a peacemaker.

As far back as April 2016, it was the Speaker who first raised the alarm about the killings by armed herdsmen where he noted that if it is not checked, it can divide the country, see link: https://www.vanguardngr.com/2016/04/clashes-farmerhreat-nige rias-existence-reps/
Again, the Speaker was the first to issue a statement condemning the murder of 73 people in Benue State and elsewhere early January, see link: https://www.channelstv.com/2018/01/03/benue-attack-these-per ennial-killings-must-stop-says -dogara/

In the same vein, in July last year, it was Hon. Dogara who alerted Nigerians to the deteriorating state of security in Nigeria which resulted in deployment of soldiers in 28 out of 36 states of the federation, thereby effectively placing the country under a state of emergency. https://www.google.com.ng/amp/ punchng.com/nigeria-now-in-sta te-of-emergency-says-dogara/am p/

There have also been several resolutions on Kidnapping, Boko Haram Terrorism and sundry security matters. These resolutions are more of a wakeup call to the executive on its constitutional obligations in governance. The Speaker has never minced words in stating that the accentuation of violent crimes is a chronic symptom of defects in our security architecture which we must fix.

Indeed, as Oyeyemi noted in his article where he told lies against the Speaker, “Lies never last, History never dies. And the truth is always constant.”
May God forgive you, Sir!

….Hassan is the Special Adviser on Media & Public Affairs to Speaker Yakubu Dogara