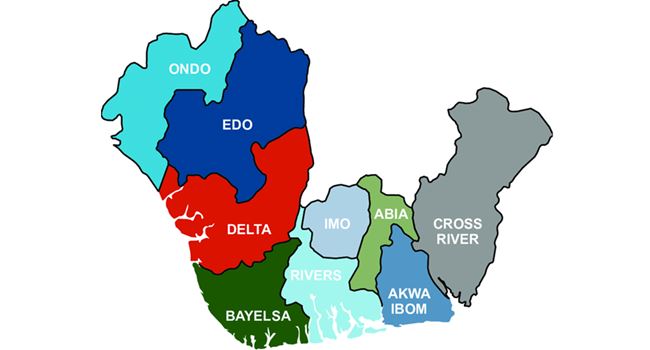 It is a time-honoured suggestion that during a period of rapid economic growth, nations, as well as corporate organizations, must continue investing even though it may not be clear how much investment is appropriate. Over investment is not a serious worry, since the excess is likely to be absorbed by future growth. By contrast, continuing low investment will not only be an error of judgement that development cannot forgive but amplifies the painful consequences of strategic mistakes.

Fittingly, the plight of the people of the Niger Delta region and orchestrated militancy which has become a painful consequence of prostrated neglect and low investments in the region by our leaders explain the above contrast and in order words, act as an essential step towards understanding action-decision, or error of judgement that currently perpetuates poverty, consolidates powerlessness and promotes restiveness in the region.

For close to six decades, nothing prevented successive administrations from developing the region both infrastructurally and in manpower/job creation, yet, for reasons taken ahead of logic, they decided to act on the part of unprofitability- a choice that has become costly in political and economic terms for the nation. This is a lesson we must not allow to go with the political wind but keep in view even as we reflect on other causative factors and institutional attitudes that have left a big question about our nation unanswered.

Without a doubt, away from other institutional failures that have kept the region on its knees, what has really brought pressing concern, heightened the sense of insecurity and underlined the urgency of attention is the inability of the National Human Rights Commission to rise onto its constitutional responsibility to the people of the region. A failure that has resulted in the generation of misinformation, disinformation, innuendos, falsehood and outright assault on reason(s) fueling backward nature of the Niger-Delta regions.

Notably, Nigerians have witnessed so many heartbroken families without a good record of survival in the region, as a result of government’s insensitivity. The government on their part have made so many speeches and excuses without adoption of, or abide by the basic principles that helped other nations to grow in social cohesion through equitable sharing of benefits from the mineral deposits from the region.

And, in the face of this verifiable violations and deprivations, the National Human Rights Commission- a commission on whose shoulder the nation rests the responsibility for promotion, protection and enforcement of human rights failed to inform the government that it is only through equity, justice, and restructuring of the nation that the country would enjoy economic and social progress that flows from stability.

The stunning thing about the Commission’s inaction is that it is happening when the global community is aware that communal rights to a clean environment and access to clean water supplies are being violated in the region, with aquifers and other water supply sources being adversely affected by industrial or other activities without the communities being adequately compensated for their losses. And the oil industry by its admission has abandoned thousands of polluted sites in the region which need to be identified and studied in details.

As a background, the National Human Right Commission which was established by the National Human Right Act 1995, has as its aim to; creating an enabling environment for extra-judicial recognition, promotion, protection and enforcement of human rights, in addition to providing a forum for public enlightenment and dialogue on human rights while facilitating the implementation of Nigeria’s various international and regional treaty obligation on human rights issues.

Shockingly ‘interesting’ is that despite the not too impressive performance of NHRC, The commission is not without supporters.

While many argue that the Commission cannot be blamed for environmental woes resulting from oil exploration and production in the Niger Delta region as the agency cannot investigate without complaint or petition from either group or individual- as wading in without invitation amounts to descending into the arena. Some expressed the views that the plight of the Niger Deltans resulting from faulty/weak legal framework should be directed to the National Assembly as the Commission is not the legislative arm of the government. To others, expecting the Commission to enforce compliance will translate to waiting till eternity as they are neither staffed with security operatives like the Economic and Financial Crimes Commission (EFCC), nor equipped with technical knowledge like the Federal Ministry of environment, to detect when organizations are not applying international best practices in their operations.

Though clear enough, this point cannot hold water when faced with a number of embarrassing facts.

Fundamentally, separate from the belief that ‘the environment is as important to the nation’s wellbeing as the economy and should deserve similar attention’, their arguments remain sophistry looking at the functions and powers of the commission as provided in Section 5 of its enabling Act. Which provides that the commission shall deal with all matters relating to the promotion and protection of human rights as guaranteed by the constitution of the Federal Republic of Nigeria and other human rights instruments to which Nigeria is a party; Monitor and investigate all alleged cases of human rights violations in Nigeria and make appropriate recommendation to the federal government for the prosecution and such other actions as it may deem expedient in each circumstance. And assist victims of human rights violation seek appropriate redress and remedies on their behalf.

Admittedly, NHRC may not have the power to make laws as argued above, but can engineer people-purposed oil exploration and production regime by collaborating with the National Assembly through sponsorship of Bills and Memoranda; NHRC may be technically disempowered to investigate or detect operators non-adherence to the international best practice, but have the power to productively partner with other government Ministries and agencies that perform this task both effectively and efficiently; the Commission may not be capped with taskforce to enforce standards, but can assist communities where such violation has taken place with legal actions against such violator. The vitality of such support will enrich litigation in favour of the communities; deepen the respect for the Commission among the operators while lifting litigation cost from communities.

Read also: You can accuse Osinbajo of anything but not corruption

There are other similar but separate examples.

Without going into specifics, concepts, provisions and definitions, it’s been identified that the oil exploration and production in Nigeria are guided by so many laws. Yet, available data and our mind’s eye testify that these laws/Acts in question are no longer achieving their purpose.

As an incentive, it will not be wrong or vague to classify the critical issues confronting the region into two; the existence of multiple but an absolute regulatory framework which characterizes the oil and gas exploration and production in Nigeria and fuels International Oil Companies (IOC’s) reluctance to adhere strictly to the international best practices as it relates to their operational environment. Secondly, the unwillingness of successive administrations to identify the Niger Delta as a troubled spot, that must be regarded as a special area for purposes of development-as recommended by The colonial government long before independence.

Against this backdrop, Nigerians would have expected NHRC as a responsive and responsible organisation to ask; if truly these laws are fundamentally effective and efficient, why are they not providing strong source of remedy for individuals and communities negatively affected by oil exploration and production in the coastal communities as the lives of the people in that region currently portrays? If these frameworks exist and have been comprehensive as a legal solution to the issues of oil-related violations, why are they not enforceable?

In like manner, using the African Commission’s decision on Human and Peoples’ Rights against the Federal Military Government of Nigeria in October 2001, as a case study, one may be tempted to ask what effort is NHRC making to ensure that the verdict passed close to two decades ago and other various international and regional obligations on human rights issues are implimented.

The NHRC cannot pretend to be unaware of the response by ACHPR to the communication filed by the Social and Economic Rights Action Center (SERAC) in close collaboration with the New York-based Centre for Economic and Social Rights(CESR), with suit Number 155/96, where the commission in October 2001, gave a well-considered rule finding the Federal Republic of Nigeria in violations of 2, 4, 14, 16, 18(1),21 and 24 of the African Charter on Human and Peoples’ Rights (ACHPR), and therefore recommended a total clean up of the polluted Ogoni and other adjourning communities in addition to taking preventive remedial and compensatory measures to improve economic and social outcomes for the Ogoni community.

Even if the Commission provides an answer to the above, it will not in any appreciable way erase the belief among Nigerians with critical interest that the United Nations Environment Programme (UNEP), report on Ogoni land pollution also indicted the Federal Government.

To, therefore, succeed in this job, it must be stated that neither the Amnesty programmes nor the Niger Delta Development Commission (NDDC), among other initiatives can solve the problem of the region. Rather, it would be considered a right step taken in the right direction if the NHRC communicate to Mr President of the need to have the Petroleum Industry Bill as passed by the 8th Assembly signed into law as well as organize a public hearing construed around Niger Delta challenge of which the outcome will address other nagging national issues such as restructuring and fiscal federalism.