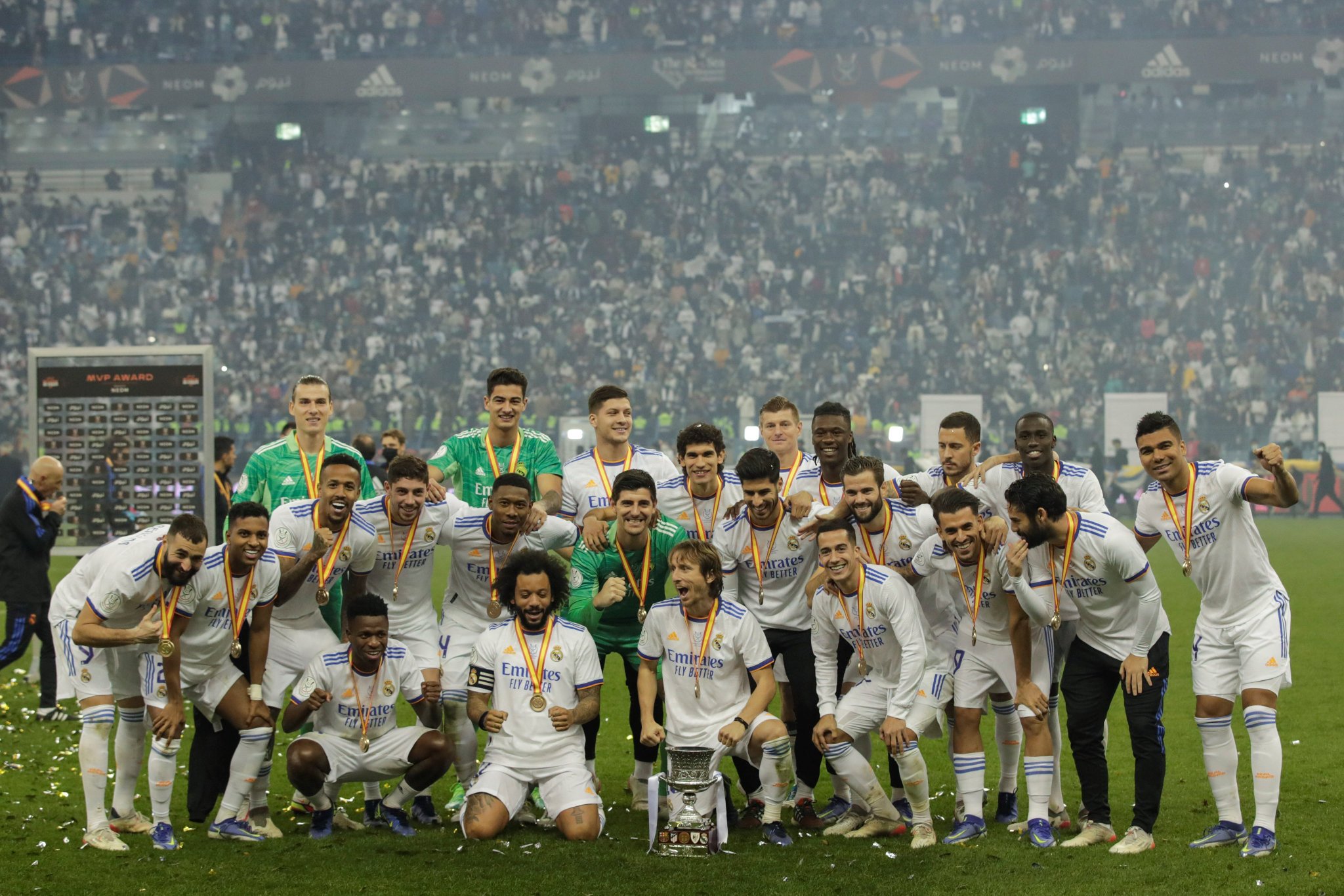 Real Madrid have secured the Spanish Super Cup for the 12th time in history after defeating Athletic Bilbao in the final on Sunday.

Luka Modric and Karim Benzema scored for Real to seal a 2-0 victory against Bilbao in the final of the four-way Super Cup played in Saudi Arabia.

Modric curled in a brilliant strike to give Real a first-half lead at Riyadh’s King Fahd International Stadium.

Benzema then made it 2-0 with a penalty after the video assistant referee awarded a spot-kick for handball by Yeray Alvarez in the box.

Real were also penalised for a handball late on as Eder Militao was sent off for blocking a shot and Bilbao were awarded a penalty.

However, keeper Thibaut Courtois produced a superb save to keep out Raul Garcia with his leg to ensure there was no late comeback for Athletic, who won the trophy last year.

Triumph means Real move to within one of rivals Barcelona’s record tally of 13 Super Cup titles.