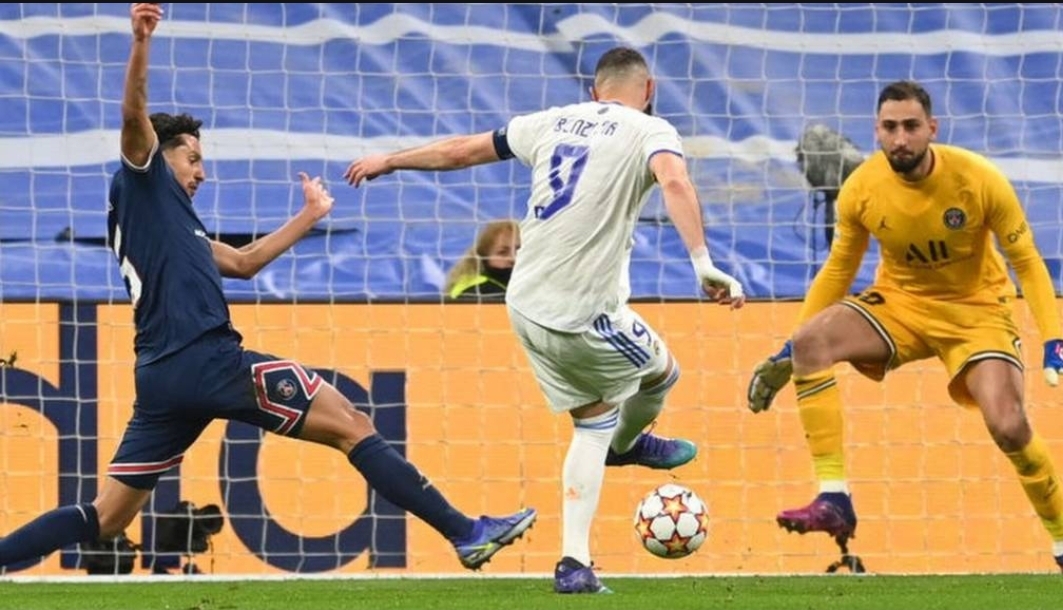 Karim Benzema scored a hat-trick as Real Madrid put up a fine performance to see off Paris Saint-Germain in the round of 16 of the UEFA Champions League.

The Spanish giants trailed 1-0 from the first leg in Paris and fell more behind in the first half of the second leg at the Bernabeu on Wednesday night.

But the hosts returned after the break and scored three goals to seal an incredible comeback against their opponents and won 3-2 on aggregate.

A 16-minute hat-trick by Benzema made the difference as Kylian Mbappe’s first-half effort ended up not meaning much, as well as the Frenchman’s first-leg winner.

PSG had Lionel Messi in action as well as Neymar, but their dream of clinching the Champions League title for the French giants has just ended.

Real Madrid join Bayern Munich, Liverpool and Manchester City in the quarterfinals of the competition.

At the Etihad Stadium, English champions City were held to a goalless draw by Portuguese side Sporting, but their 5-0 victory in the first leg was enough to see them through.

The Pep Guardiola side are into the quarter-finals for the fifth successive season, and the draw for the last eight is billed to take place on 18 March.

I’m not in Super Eagles by ‘connection’, I worked for it —Sadiq

Knee injury to keep Vardy out for weeks