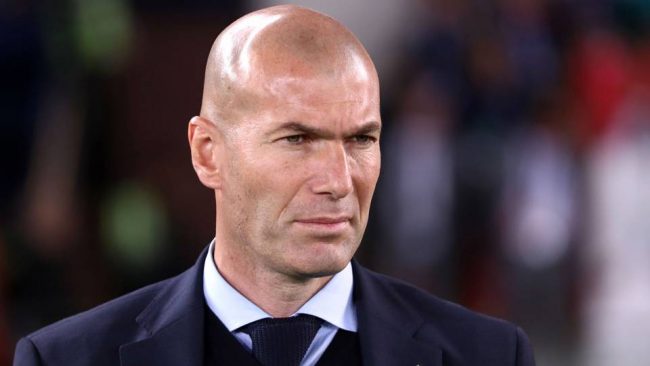 La Liga club, Real Madrid have confirmed the departure of Zinedine Zidane as manager of the club for the second time.

In a statement on the club’s official website on Thursday, the Spanish giants said they had to respect the Frenchman’s decision to leave.

There had been speculations over Zidane’s resignation for quite a long time this season, but reports from Spain on Wednesday said the coach communicated his final decision to the players and club leaders.

The 48-year-old manager won three consecutive Champions League titles in his first period in charge between 2016 and 2018.

He returned to the club later on a contract to stay till 2022 and secured a second La Liga title as manager last season. But Real failed to win any trophy this season as city rivals Atletico Madrid pipped them to the title.

“Real Madrid CF announce that Zinedine Zidane has decided to end his current stage as coach of our club,” read the club’s statement on Thursday morning.

“It is now time to respect his decision and show him our appreciation for his professionalism, dedication and passion in all these years, and for what his figure represents for Real Madrid.

“Zidane is one of the great myths of Real Madrid and his legend goes beyond what he has been as a coach and player of our club.”

Meanwhile, former Juventus manager, Massimiliano Allegri is said to be the favourite to be the next manager at the Bernabeu.

Antonio Conte, who also on Wednesday left Serie A giants Inter Milan after leading them to the title, is also a possible replacement for Zidane.