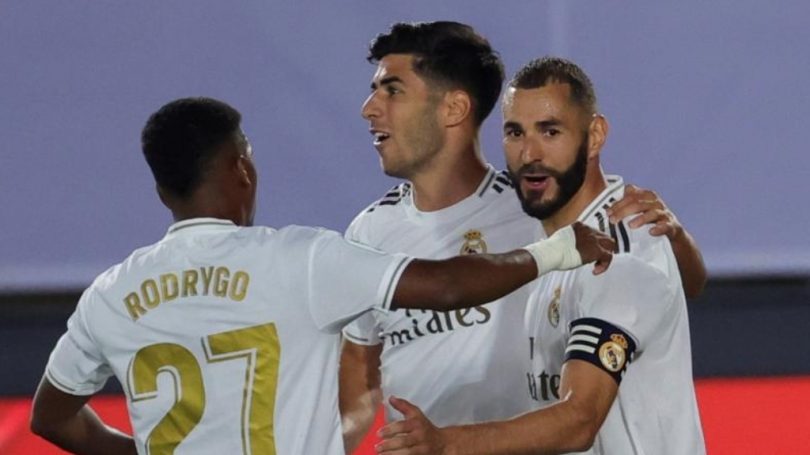 Real Madrid defeated Alaves 2-0 at the Bernabeu in a La Liga encounter on Friday night as they move within two wins of the title.

With three matches left before the wrapping up of the Spanish topflight season, Zinedine Zidane’s side are closer to the title than their rivals.

Karim Benzema converted a penalty after Ximo Navarro’s foul on Ferland Mendy, before teeing up Marco Asensio for the second goal, awarded after VAR overruled an incorrect offside decision.

Real are five points away from the title, and they face Granada (a), Villarreal (h), Leganes (a) in the three games left.

Second-placed Barcelona, who were top of the table before the coronavirus-induced break, will face Real Valladolid on Saturday, as they keep up chase for the title.

If Real can win the title, it will be only their second title in eight years, with their most recent coming in 2016-17, during Zidane’s last spell as manager.