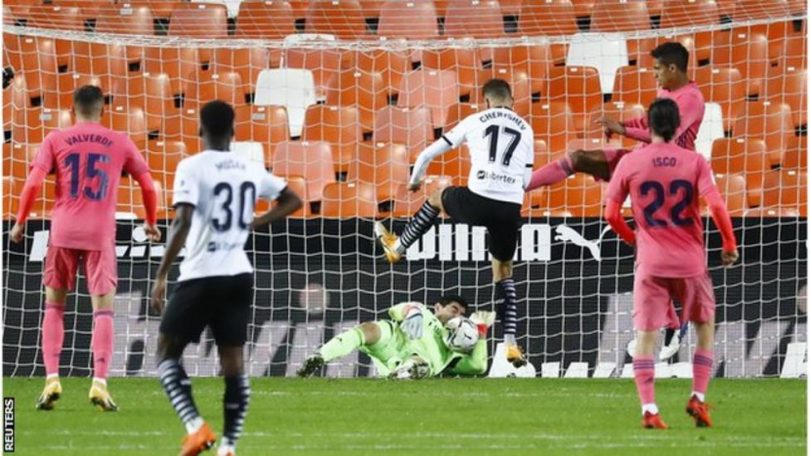 A win for Madrid could have seen them go second in the league heading into the international break, but defeat left them on fifth as Real Sociedad sit comfortably at the summit.

Madrid drew the first blood in the 23rd minute through Karim Benzema from long range, before Soler equalised from a twice-taken penalty in the 35th minute following an encroachment.

Raphael Varane’s own goal made it 2-1 for the hosts and Soler increased the lead from the spot again after Marcelo fouled Maxi Gomez.

Valencia were awarded another penalty when Sergio Ramos handled, which availed Soler the opportunity to complete his hat-trick on 63 minutes.

With the victory, Unai Emery’s Valencia are ninth on the table with 11 points.