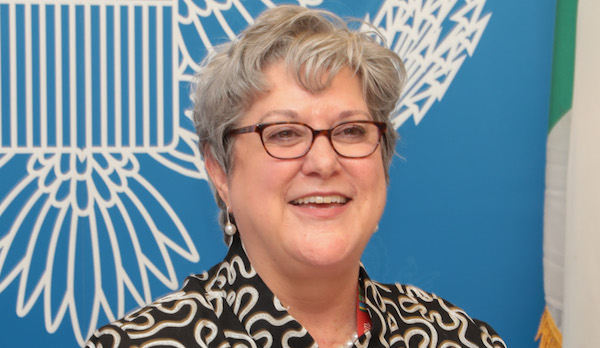 Sixty years ago, this week, Ambassador Joseph Palmer II presented his credentials as the first United States Ambassador to the Government of Nigeria.  The occasion presents the opportunity to reflect on the breadth and depth of the partnership between our two great nations, each evolving democratically, over the intervening decades. In his welcome address to the people of Nigeria, President Dwight D. Eisenhower embraced the wishes of a people who cherished individual liberty and independence as we recognized the assumption of Nigeria to its sovereign place in the world community.

Considering these remarks, I have delighted in spending some time taking stock of just how far our relationship has come. Reflecting on President Eisenhower’s recognition of our mutual priorities in global health, economic prosperity and above all else a democratic way of life, I am struck by the continuity of interests in our bilateral relationship.  Still, Eisenhower could have never imagined the challenges a pandemic like COVID-19 would pose. We laud and respect the vigilance adopted by the government and people of Nigeria to close borders, restrict public gatherings and to adopt public health recommendations.

Over the past twenty years the United States has invested $8.1 billion in foreign assistance in Nigeria, including more than $5.3 billion in health assistance.  In 2020, we provided more than $57 million in assistance for the COVID-19 response, including U.S. Centers for Disease Control and Prevention epidemiological COVID detection surveys and technical assistance and service plans.  Following a conversation between Presidents Trump and Buhari, reflecting the bond of this U.S. president’s first-ever conversation with an African president during his tenure in office, we delivered 200 ventilators to Nigeria through the efforts of USAID.

Similarly, we celebrated with all Nigerians as the country attained the wild polio virus-free status, through an effort in which we were proud to invest approximately $200 million since 2012. Perhaps our greatest gains have come through the President’s Emergency Plan for AIDS Relief, through which we have invested more than $5.3 billion to support Nigeria’s HIV response and provided lifesaving HIV treatment for nearly one million Nigerians.

Our bilateral work has also expanded in the world of trade.  The United States is the largest foreign investor in Nigeria, and two-way trade has expanded to a value of over $9 billion. The mission has welcomed the U.S. Commercial Service, Foreign Agricultural Service, and most recently an office from the U.S. International Development Finance Corporation to render assistance in expanding the economies of our two great nations while reducing the number of those impoverished.

As we continue to develop and expand our partnership with training and equipment between our militaries, we do so with the singular focus of increasing security while reinforcing democratic institutions with a keen eye on fundamental human rights. Through USAID’s democracy, human rights and governance investments we support responsive governance at state and local levels, enhanced credibility for elections, and increased capacity for civic engagement. We witnessed progress as recently as the Edo elections last month and look forward to peaceful and transparent elections in Ondo state. Recognizing the fervent sixtieth anniversary sentiments of both President Buhari and Vice President Osinbajo, we look forward to advancing our partnership in shaping fruitful conversations on resolving conflicts which too often take on unfortunate religious and ethnic dimensions.

Sixty years ago, President Eisenhower recognized the many Nigerians who studied in the United States. In a new century, I meet graduates from American universities in virtually every sector here in Nigeria and know how much they contribute to Nigeria’s development while bringing our great nations closer together. In the last twenty years we have welcomed over 150,000 Nigerian students to the U.S. and supported thousands of others on professional development-oriented exchange programs. These extraordinarily beneficial exchanges are among the strongest pillars in reinforcing mutual understanding between our great nations.

We have benefited from the positive role Nigerians in America have played, just as we look back with pride on how our sixty years of diplomatic relations have blossomed to support a broad array of mutual priorities ranging from agricultural productivity and entrepreneurial knowledge, to strengthening the rule of law across the 36 states of Nigeria.  Three American presidents from both major political parties have officially visited Nigeria, while five Nigerian presidents from different parties have officially visited the United States.  We look forward with hope, optimism, and anticipation to ensuing decades of growth in our partnership, and to the leadership that Nigeria will continue to play in advancing a more secure and prosperous Sub-Saharan Africa.