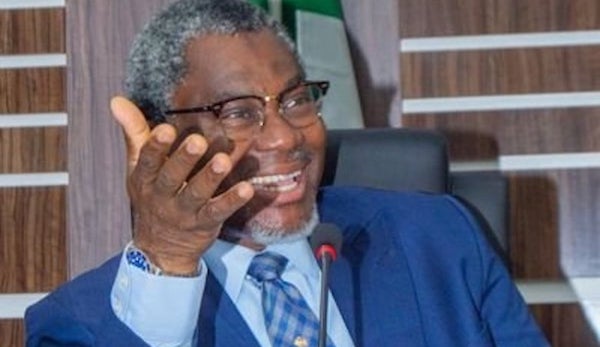 An envisaged resuscitation of the Ajaokuta Steel Plant has been stalled by the coronavirus pandemic, according to the Minister of Mines and Steel Development, Olamilekan Adegbite.

The building of the plant commenced in 1979 when President Shehu Shagari and his Russian counterpart, President Leonid Brezhnev signed a deal to build the plant.

The plant was conceived to be the largest of its type in Africa and it was expected to be the springboard for Nigeria’s technological advancement.

However, the building of the plant has been characterized by tales of woe and failed hopes, according to analysts.

Speaking at a news forum in Abuja on Saturday, February 28, Mr Olamilekan Adegbite, lamented that plans by the Federal Government to resuscitate the plant had been stalled by the outbreak of COVID-19.

He said that the government had envisaged getting the plant running by 2022 but that the plan was stalled by the outbreak of COVID-19.

He said the outbreak of the disease had delayed an agreement reached with the Russian government to commence work on the plant in the first quarter of last year.

The minister noted that the plant, which he described as an “unfortunate baby ” was close to completion, with all installed machinery still functional when the pandemic set in.

He, however, lauded the company’s workers for keeping the plant running and ensuring that the machinery was not vandalised, in spite of the plant not being operational.

“Ajaokuta Steel Plant was well-conceived and the execution went on according to plan until 1984 when it was derailed.

“Essentially, the inputs that would go into the plant, apart from iron ore, were overlooked when the plant was being built.

“It is about 95 per cent completed and all the machinery are still functional. I commend the staff for ensuring that the machinery was not vandalised.

“At the Russian-African Summit in 2019, President Muhammadu Buhari approached the Russian government and specifically asked for help on the Ajaokuta Steel Plant.

“President Putin acceded to the request and the plan was for them to start work on March 2020 and conclude by the third quarter of 2022.

“The Russians had already constituted a 60-man team to begin a technical audit of the plant before the outbreak of COVID-19.”

The minister assured that the plant, when operational, would contribute to the government’s economic diversification, job creation, and poverty reduction.

He said that several foreign and local investors had expressed interest to invest in the plant.

“Everybody sees the potential of Ajaokuta Steel Plant. We have about five sources of funding and we are `spoilt’ for choice.

“We also have a proposal for public-private partnership arrangement and any preferred choice will be beneficial to Nigeria and Nigerians.

“When completed the plant will provide 10,000 direct engineering jobs, with thousands of other supporting jobs.

“It will boost government’s economic diversification and poverty reduction plan.”