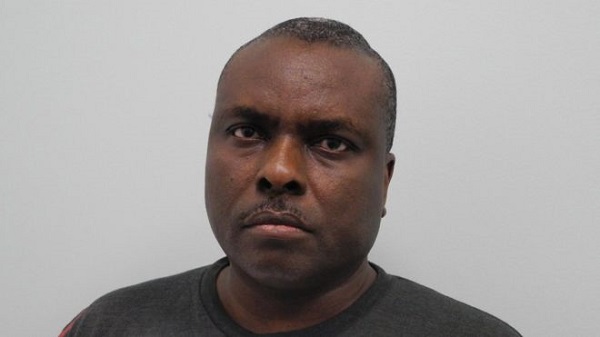 James Onanefe Ibori was the Executive Governor of the oil-rich Delta State in Nigeria for eight years. During the years he spent executively in Asaba Government House Ibori made name for himself as an executive scoundrel, a corrupt rogue who stole billions of Naira and millions of Dollars from the Delta state treasury. But when he was arrested and docked for graft-related offenses the Nigerian judiciary failed to convict him! Perhaps he had used the filthy lucre he laundered to ‘bribe’ his way out or organize a soft-landing based on judicial technicalities.

In 2012, however, Ibori was convicted by a UK court after pleading guilty to 10 charges of fraud and money laundering! Upon his arraignment and subsequent conviction in London his people in Delta state had protested vehemently saying indirectly that he was a ‘saint’. And the state government (led then by one stooge named Emmanuel Uduaghan) had said that the state government never lost any funds! That is, that Ibori never stole anything!

When Ibori was released from prison he came back home to a thunderous welcome. Deltans welcomed the convicted criminal like a hero. It is only in Nigeria that a big thief, convicted and jailed abroad, could have been welcomed home with such pomp and pageantry befitting of an achiever of an accomplishment worthy of national honour or glory.

Yet it was not surprising such public demonstration of misplaced affection towards a ‘prodigal’ son. Ibori maintained a network of gubernatorial fraud even when he was behind bars in the UK. So it was easy to rent a cheering crowd or use state-controlled media and resources to paint him in flattering colours other than those he deserved.

The Attorney-General of the Federation and Minister of Justice, Abubakar Malami (SAN), had recently hosted the British High Commissioner to Nigeria, Catriona Laing, announcing the return of £4.2 million recovered from Ibori and his friends and associates. He declared that the federal government was pursuing the recovery of other looted assets, including more Ibori assets amounting to over £100 million!

Soon after the announcement of the recovered loot was made public (with controversy over how the funds would be used trailing it) the kinsmen of the ex-convict had accused the United Kingdom (UK) of ‘re-looting’ part of the former Governor’s looted funds. They claimed that what was forfeited was £6.2 million and not £4.2 million! That then means that the British government must have withheld some two million Pounds!

The federal government through AGF Malami had decided to use the money to pursue federal projects like the 2nd Niger Bridge in Onitsha, the Lagos-Ibadan Expressway and the Kano-Abuja Railway. No single federal project was mentioned in Delta state!

Before the Ibori looting saga happened spectacularly we had the late Alamieyeseigha loot. And before that we were treated to the drama of the Abacha loot. Looting galore in a poor country inhabited by majority hungry folks! If the Abacha loot was used to improve the living conditions of his people in Kano then today Almajiri or recrutement into the Boko Haram terrorist fold would not be a problem for the larger northern society. His Fulani armed and dangerous herdsmen would not be tormenting the rest of us today.

If the Alams loot from Bayelsa were utilised for the overall development of the oil-rich state then the present squalor inside which many Bayelsans live would be a thing of the past. If a fragment of the Ibori loot was invested in Delta state by the former executive thief then Delta state would have rivaled Singapore or Hong Kong in terms of socio-economic development.

When Abacha loot was repatriated few years ago the federal government told us the money would be invested in infrastructures like the Lagos-Ibadan Expressway, Second River-Niger Bridge, railways and what have you. Now, years down the line, no one has given any account on how the Abacha loot was spent. And now that Ibori loot is set to hit the homeland from the United Kingdom the same federal government is telling us that the millions of Pounds would be used to fund the Lagos-Ibadan Expressway, the Second River-Niger Bridge and Kano-Abuja Railway line.

It is puzzling to realise that the Buhari-led federal government had made up its mind about how to disburse the repatriated funds in a few weeks time excluding the originating state where the fund was pilfered from in the first place. Or did the British government impose conditions during the signing of the Memorandum of Understanding?

Or there were genuine fears that if the money was handed over to the Ifeanyi Okowa-led government in Asaba it could be re-looted? The fear of looting or relooting then becomes the beginning of wisdom Nigeriana?

What makes the Ibori case different beats our imagination. Even Prof. Itse Sagay, himself from Delta state, had disagreed openly with the planned spending protocol. It is unjust not to use some of the money to pursue developmental initiatives or interventions in Delta state. Even if the then state government had claimed shamelessly that Ibori never stole from the state did President Buhari not declare that the late Gen. Sani Abacha never stole from Nigeria? Yet when the Abacha loot came he received it!

There is this malignant Ibori ‘disease’ afflicting almost every politician in Nigeria today. Ibori cannot, therefore, be said to be alone in the looting spree, looting culture in our body polity. Before ‘Iborigate’ we had other gates bordering on mindless corruption. And after ‘Iborigate’ we have had to deal with ‘Mainagate’, ‘Magugate’, ‘Malamigate’ and other graft-related gates, sometimes involving those charged with the responsibility of nipping corruption in the bud.

What that tells us is that President Buhari’s much-vaunted crusade against corruption is nothing but populist politics, propaganda and grand deception. If the regime was truly waging war against graft then the President would not have considered some former Governors (Sylva, Amaechi, Akpabio etc) for ministerial appointments. Today they hold sway in different juicy ministries in Abuja smartly devising new methods and tactics of defrauding the system even further!

Besides, if you are in the ruling party (APC) as a member then you are shielded from any corruption probe, trial or conviction. But if you happen to belong to the opposition PDP then your corruption woes are non-negotiable.

While Ibori was a product of our rotten gubernatorial system you can still find out there a whole lot of Iboris doing their utmost best to ‘better’ his thieving legacy! It has little or nothing to do with patriotism or the quest to better the lot of the majority which represents what service delivery in governance is all about. Very few of our compatriots believe in the Nigerian bogus nationhood project.

Given our criminal lack of probity and accountability in the management of public funds it is feared (and we share the fear) that the Ibori loot could be relooted upon being repatriated from the UK. And when the relooting takes place eventually it could constitute a double jeopardy nay, tragedy for Deltans in particular and Nigerians in general.