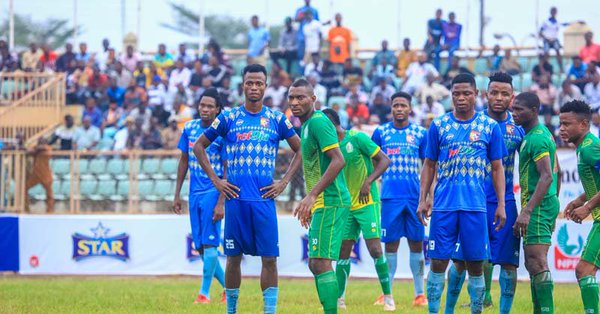 For the crowd incidence in that match against Bendel Insurance, the LMC also banished the club to play its next three home matches in Oshogbo, Osun State instead of Sagamu.

The club Chairman, Kunle Soname was fined N1 million and banned from three NPFL Matches fined and the team Manager suspended for rest of the Season.

Soname was sanctioned for granting a media interview in which he made comments that brought the league to disrepute. Soname was also charged for conducts and utterances that did not show positive example to players and supporters.

Read ALso: Serena knocked out of Australian Open as Pliskova advances to semis

Remo Stars has been ordered to ensure that “measures are immediately put in place to forestall future similar occurrence (including but not limited to an approved revised security plan, seminar/programme for supporters, issuance of seat-numbered tickets, etc.)”.

The club has also been directed to within seven days ensure the apprehension and prosecution by the relevant security agencies of the persons identified as Akintan Yinka and ‘Zico’ who were reported to have led the assault on the Match Officials, as well as other persons who participated.

Upon failure to produce the persons, a fine of N25,000.00 (Twenty Five Thousand Naira only) per day shall accrue, until such time as the culprits are apprehended and charged to court.

The sanctions are contained in a letter to the club signed by the LMC Chief Operating Officer, Salihu Abubakar and the club has been asked to respond in writing within 48 hours indicating acceptance of the decisions or electing to appear before a commission.

Related Topics:LMCNPFLRemo Stars
Up Next

Serena knocked out of Australian Open as Pliskova advances to semis