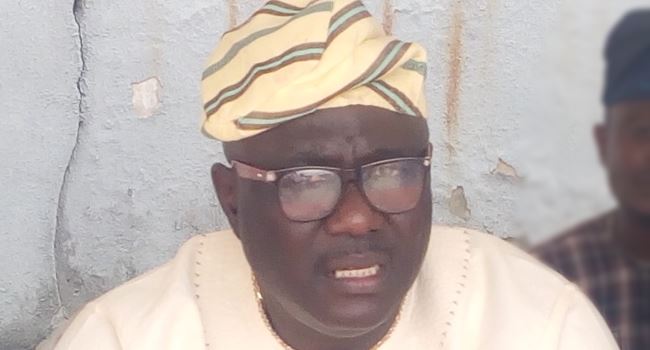 The member Representing Apapa Federal Constituency at the House of Representatives, Hon. Mufutau Egberongbe, has kicked against the practice of borrowing money by government to pay salaries, or utilising borrowed money for recurrent expenditures.

According to the lawmaker, borrowing is not a bad thing, as it is a standard practice for governments all over the world, he however argued that such borrowed money must be channelled towards useful ventures such as the development of infrastructure.

Egberongbe stated this at the weekend after presenting empowerment materials to his constituents, adding that investing borrowed money in infrastructure would help boost the economy.

“What is key is that such borrowing should be tailored to developmental projects like roads and hospitals and focusing on education. You don’t borrow for recurrent expenditure, to pay salaries,” he said.

He further noted that if such borrowings are well spent, they would boost employment and help the economy thrive with the employed paying their taxes which in turn would give positive directions to the country’s internally generated revenue.

The lawmaker also commended journalists for drawing the attention of government to the plight of residents of Apapa in relation to the traffic problems in the area.

He however advocated for the renewal of the rail transport system as well as the revamping of the waterways as parts of the solution to the traffic challenge in Apapa.

“One of the things that needs to be done is revamp the railway as well as water transportation so that badges can be used to carry some of these containers. These would ease the traffic situation suffered by the residents,” he said.