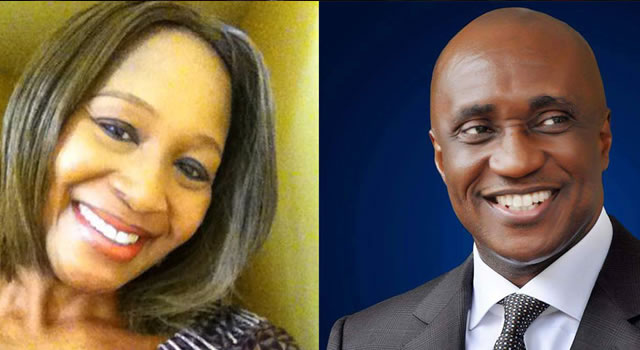 Moments after the case was dropped, Kemi took to her Instagram page to confirm the development, saying her defamation case has been dropped by the Nigerian police and the plaintiff Pastor Ibiyeomie.

She also noted in the post that she’s making arrangements to get back her travel passport which was seized when she was first arrested.

“My charges of #criminaldefamation have been dropped by Nigerian police and plaintiff Pastor David Ibiyeomie. I am now FREE!! THANK U to my loyal fans, my lawyers #KayodeAjulo and Eugene Meabe of Castle Law firm, Justice Oshomah at Federal high court and Justice Fubara in magistrate court. PRAISE GOD!!

“On my right arm is Police prosecutor Umanna and my PA Chidinma Awa who I mentored in prison. She cooked my meals, washed my things and worked for me. Today she is my new personal assistant. I will apply to pick up my travel passport that was seized by the Federal government as part of my bail conditions,” she wrote on her Instagram page.

Kemi was first arrested in the month of March last year at her Ibadan home by men of the Nigerian Police Force, on the orders of Pastor Ibiyeomie who petitioned the police claiming that she (Kemi) criminally defamed him after she posted a letter she claimed his church members sent alleging the pastor is corrupt and adulterous.

Two weeks before she was finally released from Port Harcourt maximum prison, Kemi sent a holiday message to her well-wishers from detention saying she is in high spirits.

She was re-arrested a couple of months back for failing to fulfill bail conditions after initially spending 81 days behind bars following her initial arrest at her home in Ibadan last year.

Only recently, she posted on social media, that she is now a born again, and has been led to Christ by the same Pastor Ibiyeomie, who sent her to prison.