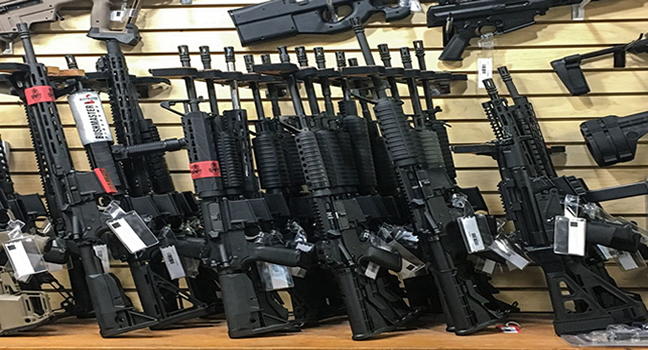 A report by a Stockholm-based research institute, the Stockholm International Peace Research Institute (SIPRI), has named the United States of America of being responsible for 36% of global arms sales from 2015 to 2019.

The report, which came out on Tuesday, adds that US accounted for almost half of the conventional weapons sales during the period, increasing by 23% on the previous five years, following a more than 20% growth for the past five years.

The figure puts the US far ahead of Russia which is the second biggest arms trader, who saw an 18% fall in its share of world arms sales for the same five year period.

The remainder of the five biggest arms dealers, China, France, and Germany, accounted for roughly 19.2% of arms sales.

SIPRI also revealed in the report that world arms sales were 20% higher than in 2005–2009, raising concerns that current weapons trading is close to that seen towards the end of the cold war.

A senior researcher with the SIPRI, Pieter Wezeman said in an interview with the BBC:

“It is too early to say whether the period of rapid growth in arms transfers of the past two decades is over.

“The economic impact of the Covid-19 pandemic could see some countries reassessing their arms imports in the coming years.

“However, at the same time, even at the height of the pandemic in 2020, several countries signed large contracts for major arms.”

The US was responsible for 73% of all arms imported by Saudi Arabia, a country accused of human rights abuses, for the five year period, according to SPRIRI.

It was thought to include deals for combat aircraft and other weapons that were signed-off by former president Barack Obama as far back as 2010.

Saudi Arabia, as well as the United Arab Emirates (UAE) and Jordan, were more recently the beneficiaries of action taken by former US President Donald Trump, who stopped Congress from blocking $8.1 billion (£6.9 billion) worth of “emergency” arms for the three Middle Eastern countries.

While the regions reliance on the US and other western countries for arms imports could also prove to be a leverage point for the Joe Biden administration in future, the White House reportedly froze its deals with Saudi Arabia and the UAE while a review is carried-out into the sales in January.
Of concern are the implications of the United States’ arms sales to authoritarian regimes in the Middle East, which recorded the fastest growth in regional arms imports.

One in 35 graduates in Nigeria is jobless