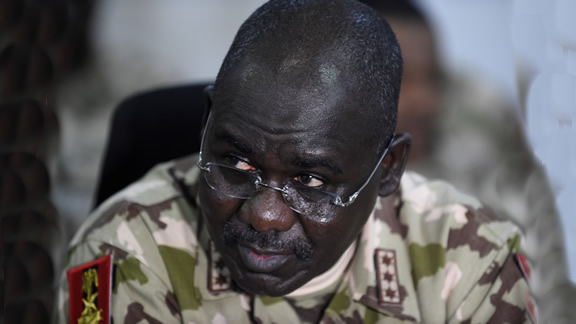 Investigations have allegedly revealed that an Army Captain may have orchestrated the gruesome killing of the three police officers attached to the Intelligence Response Team (IRT) and two civilians in Taraba State recently.

A report by Vanguard on Wednesday alleged that the Army Captain ordered soldiers at a security check-point along the Ibi-Jalingo Expressway in Taraba State to attack and kill the police operatives, and their civilian helpers.

According to the report, information gathered so far revealed that the kidnap alleged kingpin, Wadume and the Captain, had about about 191 phone conversations within a space of one month between July 9, 2019 and August 6, 2019.

To this end, the police authorities believe that the army captain might have been providing cover for the kidnapper, who is said to have received hundreds of millions as ransom from his victims.

It was also learnt that the Army Captain has been arrested and currently undergoing interrogation at the Defence Headquarters Abuja.

He was arrested alongside five other Army personnel, who were alleged to have taken part in the horrific killing of the three policemen and their two civilian agents in an operation to arrest a notorious kidnapper, Alhaji Hamisu Balla, alias Wudume, in Ibi area of Taraba State.

The arrested solders allegedly confessed that they received orders to attack the policemen from the captain, whom they said informed them that Wadume had been kidnapped and was being transported in a silver-coloured Toyota Hiace Bus.

A source at the Defence Headquarters, Abuja, told Vanguard, that the soldiers claimed they acted squarely on the orders of the captain, being their superior officer, but Police sources at Force Headquarters Abuja, disclosed that the police authorities have established strong links between the army captain and the notorious kidnapper, alleging that the army captain was on the kidnapper’s payroll.

It also learnt that investigations have also revealed that the army captain, who was not present in Ibi Town at the time the IRT operatives arrested Wadume, might have ordered his men to attack and kill the IRT operatives as well as rescue his friend, the kidnapper.

Meanwhile, it was gathered, that the IRT’s manhunt to arrest and bring down Wadume’s kidnapping empire began in March 2019, when it received a petition against him.