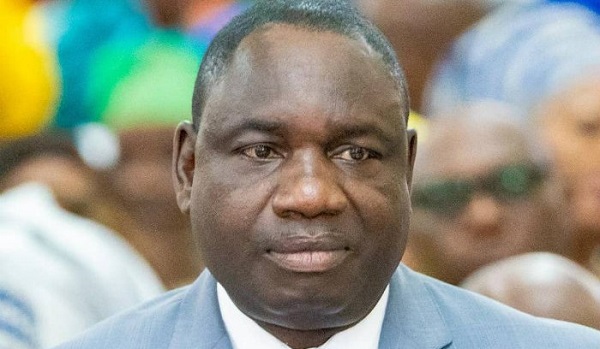 The Lagos State government on Tuesday dismissed reports that the State House of Assembly had granted its request to take over the Lekki Concession Company (LCC).

Reports had claimed on Monday that the state government would get a 75 percent stake in LCC after the House approved its request to take over the company during its plenary held at the Assembly complex in Ikeja.

The state’s Commissioner for Information and Strategy, Mr. Gbenga Omotoso, who reacted to the claim in a statement posted on his Facebook, urged the public to disregard it.

He said the government did not make any request to take over LCC at the Assembly, adding that it assumed full ownership of the company in 2014.

The commissioner stressed that the only request sent to the parliament was for the conversion of the loan given to LCC by the African Development Bank (AfDB) to sovereign (public sector) facility.

According to him, the public sector facility attracts a lower interest rate and will enable the company to make some savings.

Omotoso said: “Reports that the Lagos State House of Assembly has granted the State Government the go-ahead to take over the Lekki Concession Company (LCC) are wrong. The government did not make such a request.

“Its request was to convert the African Development Bank loan from a private sector (commercial) loan to a sovereign (public sector) loan, which attracts a lower interest rate. This will enable the company to make some savings.

READ ALSO: We don’t know how much is made per month at Lekki tollgate — LCC MD

“The government, in fact, acquired the full shares/equity of the former owners of the company in 2014. There was no need to take such a request to the House.

“Following the Lagos State Government’s full ownership of LCC in December 2014, the loan became eligible for conversion to a Sovereign facility with an attendant significant lower interest rate of LIBOR plus 80 basis points and extended tenor.

“In the recent past, there have been discussions amongst LCC/LASG, AfDB and the relevant Federal Government’s Ministries, Departments and Agencies concerning conversion of the loan to a Sovereign facility. Upon the completion of the conversion, there will be a significant reduction of applicable interest rate and extended tenor.

“Besides, the conversion will increase the tenor of the facility from the current five years to 15 years. This has the impact of spreading the cash flow impact by an additional 10 years.

“Lekki Concession Company Limited (LCC) is a Special Purpose Vehicle set up specifically to execute the Eti-Osa/Lekki-Epe Toll Road Concession Project. The project is designed to deliver essential road infrastructure and services along the Lekki Peninsular of Lagos.”