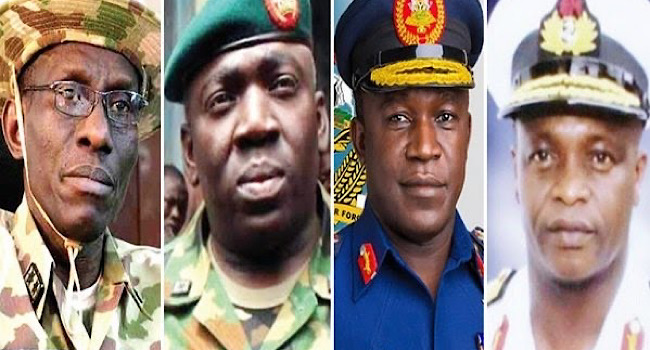 The House of Representatives on Tuesday confirmed the appointments of the new service chiefs nominated by President Muhammadu Buhari.

The Senate had earlier confirmed the four military chiefs.

The confirmation of the service chiefs followed a unanimous adoption of the report by the ad hoc committee presented by its Chairman, Babajimi Benson.

With the confirmation of the service chiefs, they are now expected to spearhead the country’s fight against the Boko Haram insurgents, bandits, kidnappers and other criminal elements terrorizing the citizen in many parts of the country.