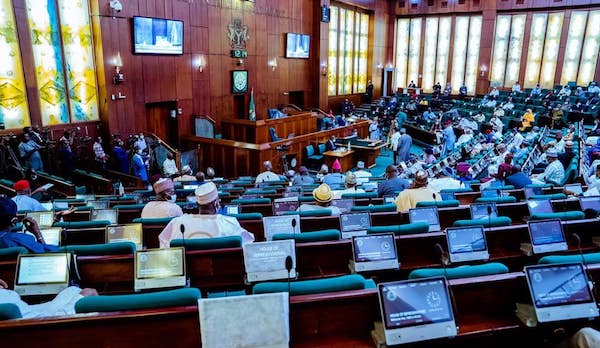 In order to entrench fiscal responsibility at all tiers of government, the House of Representatives has demanded that President Muhammadu Buhari should present the report of the Revenue Mobilsation, Allocation and Fiscal Commission (RMAFC) to the lawmakers.

This was contained in a motion moved on Wednesday by the Minority Leader of the House, Hon. Ndudi Elumelu.

Elumelu drew the attention of the lawmakers to the fact that revenue-sharing proposals have been sent to the President countless times, yet none of these proposals have ever been brought to the National Assembly for legislative approval as required by law.

Consequently, the Reps directed its committee on Finance to invite the Chairman of RMAFC and its commissioners to appear for inquiries before reporting back in a month.

Elumelu’s motion was titled; “Need for the Federal Government to Submit the Report of the Revenue Mobilization Allocation and Fiscal Commission to The National Assembly.”

Read also: PDP urges UK, US, others to impose visa ban on Buhari over Twitter ban

He noted that Section 162 (2) of the 1999 constitution as amended explicitly provides that the President shall after receiving the report of the commission, forward same to the National Assembly.

The said provision reads; “The President, upon the receipt of advice from the Revenue Mobilisation Allocation and Fiscal Commission, shall table before the National Assembly proposals for revenue allocation from the Federation Account, and in determining the formula, the National Assembly shall take into account, the allocation principles especially those of population, equality of States, internal revenue generation, landmass, terrain as well as population density; provided that the principle of derivation shall be constantly reflected in any approved formula as being not less than thirteen percent of the revenue accruing to the Federation Account directly from any natural resources”.