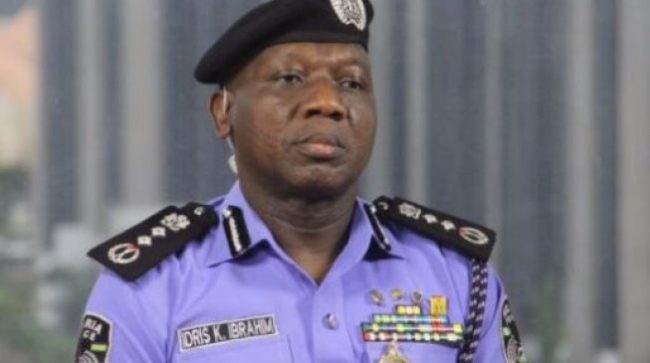 Nigeria Police Force (NPF) has been given 21 days to unseal and vacate the National Headquarters of Peace Corps of Nigeria.

The House of Representatives gave the order to the Inspector-General of Police (IGP), Idris Ibrahim, on Wednesday sequel to the recommendation of its Committee on Public Petitions.

The committee made the recommendation after its investigation on the “illegal” closure of the Peace Corps facilities and alleged disobedience of NPF to subsisting court orders to unseal the office.

The office situated at number 57, Iya Abubakar Crescent, off Alex Ekwueme street, opposite Jabi lake, Abuja, had remained under lock and keys after police on February 28, 2017, the day the property was commissioned, sealed it up.

Two judges, justices Gabriel Kolawole, and John Tsoho, both of who are of the Federal High Court, Abuja, had in separate rulings ordered that the office be unsealed and that police should vacate from there.

While Kolawole gave his order on November 9, 2017, and awarded N12.5 million damages against the police, Tsoho ordered the police to vacate the premises on January 15, 2018.

But none of the ruling had been honoured, neither did police obtain any stay of execution to warrant its continuous stay at the office.

Not happy with the action of the police, Coalition of Civil Society Organisations for Justice and Equity, had petitioned the National Assembly, asking it to intervene in the matter.

Chairman of the House Committee on Public Petitions, Nkem Abonta, presenting the committee report of the investigation to the plenary on Wednesday, said that series of invitations were sent to the Inspector-General of Police to appear before the committee but he refused to honour.

He explained that the committee even got a document indicating that the Attorney-General of the Federation (AGF), Abubakar Malami, wrote to the IGP and advised him to honour the subsisting court orders, “in absence of any appeal or valid stay of execution.”

According to Abonta, a legal officer who represented the IGP had at the public hearing committed perjury by lying “under oath that there was a valid stay of execution”, which he could not produced when asked to so by the committee.

The House at the end adopted the recommendation of the committee and urged police to comply with the subsisting court orders and the instruction from the AGF.

It then gave the police 21 days from the commencement of Wednesday’s plenary to vacate the properties of Peace Corps.