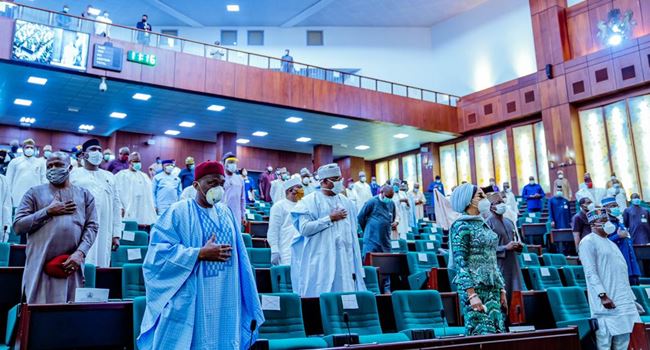 The House of Representatives at plenary on Tuesday mandated heads of security agencies in the country to intensify efforts at effecting the release of the abducted students and staff of the Government Science College, Kagara in Rafi Local Government Area of Niger State.

The House made the call with the unanimous adoption of a motion moved by Representative Unyime Idem from Akwa Ibom State.

The lawmaker moved the motion under urgent public importance titled, ‘Urgent call on the service chiefs and the Inspector General of Police to Intensify efforts in the rescue of the abducted school children and staff of Government Science Secondary School, Kagara, Niger State.”

The House, while adopting the motion, resolved to “condemn in totality, the attack and abduction of students and staff (workers) of Government Science Secondary School, Kagara, Niger State, which occurred on February 17, 2021.”

The House also mandated “all service chiefs, the Inspector General of Police and other security agencies to intensify efforts for the rescue of the abductees”, while also mandating its Committee on National Security and Intelligence to ensure compliance with the resolutions.

Idem, in moving the motion, recalled how gunmen on February 17, 2021, at 2am, attacked the school, killed one student and abducted 27 students and three members of the staff alongside 12 of their relatives.

He also recalled how at least 30 travellers were abducted on February 14, 2021, by gunmen who ambushed commuters along the Tegina-Zungeru highway in Rafi Local Government Area of Niger State.

According to him, the gunmen also killed three members of the local vigilante group which attempted to foil their operation, adding that in another incident in Shiroro, also in Niger State, on February 18, 2021, gunmen attacked and killed one person, injured two and abducted an uncertain number.

Idem said: “The House is devastated that the affected pupils and their families will be deeply traumatised, especially the family of the deceased pupil. One can only imagine how the abductees will be faring under the armed bandits, and what kind of reorientation they will be receiving, leaving their parents, guardians and relations to suffer insomnia.

“The House is saddened that the abductors released images of their location and one of them was holding a rocket-propelled grenade, a shoulder-fired missile that launches rockets equipped with an explosive warhead, which only Federal Government could grant the licence. The abducted persons could also be seen sitting on the floor and covered in dust.

“The House notes that the recent happening, particularly in Niger State, is horrible and the government must move swiftly to curtail this menace, else we will soon have a nation of perpetual anarchy.”