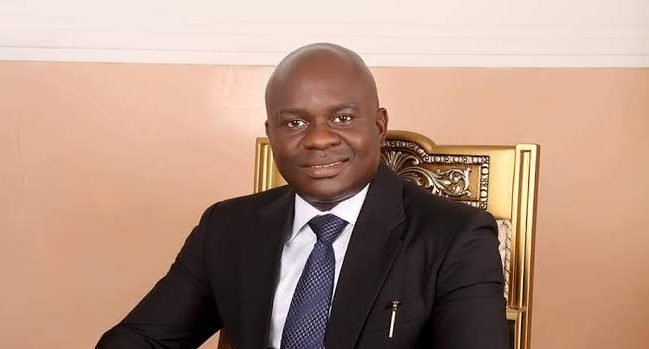 Farah Dagogo, the embattled Peoples Democratic Party (PDP) governorship aspirant in Rivers State, and a serving House of Representatives member, has been released after nearly a month in detention.

This was after a ruling by a Federal High Court in Port Harcourt presided over by Justice E A. Obile, mandating Dagogo’s release from the Port Harcourt incarceration center on Monday.

The order came after a Federal High Court in Abuja ordered the PDP and the Independent National Electoral Commission (INEC) to show cause on May 24 why the federal lawmaker’s motion for an injunction against the two defendants in the state’s governorship primary should not be granted.

On Justice Obile’s order, Dagogo was wheeled into court in a wheelchair.

Justice Obile issued a warrant to the correctional center’s administrators, ordering him (Dagogo) to appear in court and be released on bail based on existing orders.

However, Dagogo was taken back to detention along Dockyard Road in the old Port Harcourt area by correctional centre operatives to finalize all bail procedures, which were expected to be completed soon.

In the meantime, Dagogo’s lawyer, Dr. Innocent Ekwu, had threatened to file contempt of court charges against all authorities if the court’s order was violated.

“The prison officials have promised that in an hour they would be through with documentation of his (Dagogo) release.

“And we want to give the benefit of the doubt. We will be here waiting for them for an hour and if we wait till 6pm we do not see them, then we are going to initiate contempt of court proceeding against all authorities that are involved in the subversion,” Dr Ekwu stated.

Dagogo, who is representing the Degema/Bonny Federal Constituency in the House of Representatives, was arrested by armed security operatives at the PDP South-South zonal Secretariat in Port Harcourt.

Dagogo was declared wanted by Governor Wike on Wednesday for allegedly hiring thugs to attack the PDP secretariat in the state capital.

The aspirant had earlier denied the allegation and accused the governor of plotting to stop him from appearing before the screening committee headed by the former Kaduna State governor, Ahmed Makarfi.