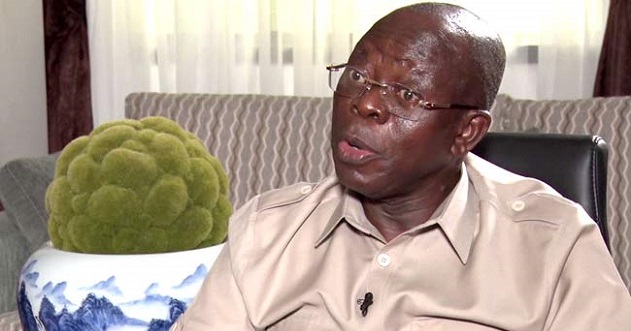 The people of Ojo, Lagos state, have called on All Progressive Congress (APC) through the National Working Committee (NWC) to intervene over the alleged manipulation of election result from the primaries for house of representatives, conducted on October 4.

The residents expressed their displeasure over the alleged manipulation of results, in a press briefing, held in Ojo areas of the state, on Saturday.

High Chief, Amuda Nasiru, the Baale of Ilufe community in Ojo, appealed to the primary election committee to cross check the result once again, as he claimed that there were elements of manipulation in the winners’ list announced and also published to the general public.

Nasiru said that the primary election had been successfully held and result of the winner had already been announced by the returning officer, Mr Biodun Hundeyi at the voting centre, on October 4.

“All the five APC state agents including all the five agents of the aspirants were there during the announcement of the winner.

“But, to our surprise, the candidate whose name was published on the Nation newspaper on October 10, as winner for Ojo federal constituency, was not the original winner of the election.

“We seek the indulgence of APC National Working Committee to urgently wade into this matter before its goes out of hand”, he said.

It would be recalled, that In the APC House of Representatives primaries conducted on October 4, there were three major contenders in Ojo constituency. They were, the seating Lagos house of Assembly member, Lanre Ogunyemi, Yinka Durosinmi, the immediate past chairman of Ojo local government area and Taiwo Adio.

Speaking further, Mr Kabiru Musa, APC stalwart and leader of Arewa Youth, Ojo, said that the list of successful candidate with their scores compiled was signed by Mr Lucky Imasuen, Chairman, Primary Election Committee and Bar. Chima Okafor, the acting secretary of the committee, on October 6.

“Reports reaching us, particularly a newspaper advertorial (The Nation Newspaper, page 38) of October 10th, shows a new and different list, in which the name of the candidate that won the election, was substituted, ” he said.

High Chief, Daudu Ashafa, the Odofin of Osolu Kingdom, Irewe, in Ojo, said, “We are seeking for APC and NWC committee to look into this matter, as we all believe there was a mistake of publishing the wrong candidate’s name as the winner.

“We the people of Ojo federal constituency have expressed our choice and preferred candidate.

“Our plea is in the spirit of justice and fairness as being propagated by the government and our party (APC), ” he said.

Ashafa said that this attempt of substituting a winner’s name for another person has already heated the polity and the entire communities are worried over the action, hence it required the party’s intervention, so as to put the mind of the restive members at peace.

Also, the chairman of the National youth council of Nigeria, Ojo Chapter, Mr Jacob Sharafa and the chairman of Ojo youths/students coalition, Mr Lawal Yusuf, pleaded with the APC to correct the abnormality.