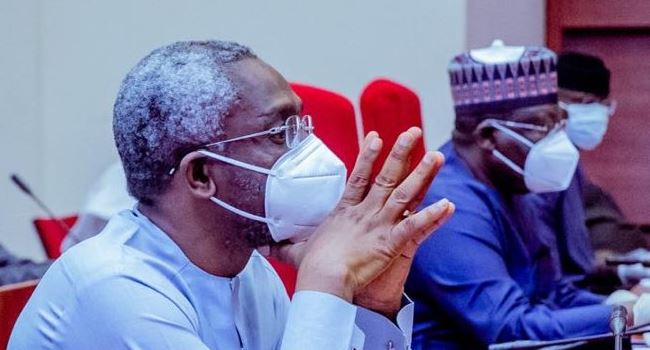 The Nigerian House of Representatives have hinted that they would consider a fresh Stimulus Bill that will ensure a two-month free electricity supply to Nigerians to cushion the effects of the novel coronavirus pandemic in the country.

The Speaker of the House of Reps, Femi Gbajabiamila stated this when he spoke at a meeting between the National Assembly leadership and the Minister of Finance, Zainab Ahmad, the Director-General of the Budget Office of the Federation, Ben Akabueze, among others

He said the bill, which would be the second Stimulus Bill by the Reps members would be deliberated on the moment the lawmakers reconvene from its ongoing break that was declared owing to COVID-19.

He also announced at the meeting that the resumption of the federal lawmakers earlier scheduled for April 7, would be postponed by one week in obedience with President Muhammadu Buhari’s two weeks lockdown of Abuja and two other states.

Noting that Nigeria could not afford to be unprepared for the effects of the COVID-19 on the economy, Gbajabiamila said the proposed stimulus bill for the electricity sector was necessary at this period in time.

He said, “The issue of electricity, you’ll agree, because the Minister did say that she has been inundated by the public, just as we are, on several suggestions and ideas and I am almost a hundred per cent sure that, from those ideas will be the issue of some kind of shelter, as far as electricity is concerned.

“It is one thing that will touch every household. As I said earlier, when we engaged, I discussed with the electricity Distribution Companies (DisCos) that packaged whatever they would require if the government can give them, for us to allow for two months free electricity for Nigerians, they would be able to guarantee it.

“We have figures. I think we should look very seriously into that as part of our package for economic stimulus because stimulus means something that will stimulate the economy. When you are stimulating the economy, most of it will come from the informal sector.

“When you are saving people their electricity and the fact that they now have stable electricity for two months, you are also saving the monies that would go into the payment of those bills at least for two months.”

Speaking earlier at the meeting, the Nigerian Senate President, Ahmad Lawan, in his opening remarks, said that the meeting, the second in about 10 days was a testimony of the dedication of both arms of government at addressing COVID-19 issues holistically.

READ ALSO: No license has been issued for 5G networks, Nigerian govt reacts as concerns mount

He promised Nigerians that the National Assembly would not be found wanting carrying out its constitutional roles towards ensuring that all can benefit from the efforts aimed at mitigating the effects of the coronavirus pandemic.

He said it was necessary that Nigerians got assisted to weather the storm of the virus but that any critical decisions that must be taken had to be legal.

At the meeting also, the Minister for Finance intimated the National Assembly leadership with an Executive proposal to establish a N500 billion COVID-19 Crisis Intervention Fund.