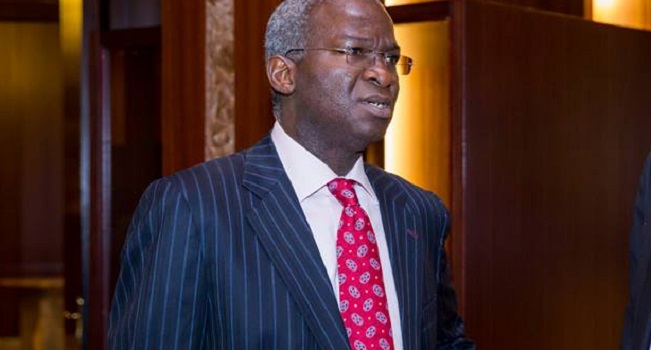 The House of Representatives Committee on Works on Thursday has summoned the Minister of Works and Housing, Babatunde Fashola for a briefing on the state of Nigerian roads across the country.

Chairman of the House Committee on Works, Abubakar, Kabir Abubakar who disclosed on Thursday, said that in spite of the huge investment on roads since 2015, the nation’s roads have continued to deteriorate and remained a death trap to Nigerians.

According to him, available information from the Infrastructure Concession Regulatory Commission suggests, that only 60,000, out of the about 190,000 kilometers of roads across the country are paved, leaving a huge sum of 135000 kilometers untouched.

He said that from the data, it is obvious that there is a big problem, calling on his colleagues to play their role making In the roads better.

Recall that during the Ministerial nomination screening Fashola, had identified funding as a major factor limiting the completion of strategic road projects across the country.
​
Just recently, the Federal Executive Council on September 18, presided over by President Muhammadu Buhari in Abuja, approved the sum of N8.2billion for the completion and construction of roads across the country.

Fashola also attributed the delay in the completion of the road projects to unnecessary harassment, and demand for payment of compensation by benefiting communities.