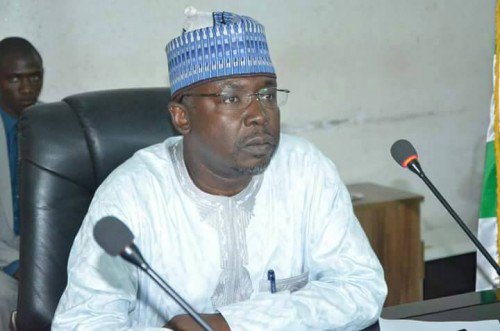 The House of Representatives has threatened to issue a warrant of arrest for the Director General of the National Emergency Management Agency (NEMA) Mustapha Maihaja.

Chairman of the House Committee on Emergency and Disaster Preparedness, Hon Ali Isa, gave the indication of Thursday at the investigative session on the alleged breach of trust by NEMA at the National Assembly.

He summoned the director general of NEMA to appear at its next sitting or face a warrant of arrest issued on him to compel him to appear.

According to him, this is the third consecutive time the DG is failing to attend the hearing despite repeated invitations from the committee.

Hon Ali said the agency has a penchant for sending notice of its DG’s absence from the meeting either 30 minutes before the hearing commences or when the hearing has already commenced.

He added that the panel will give him one more chance to appear on the 31st of May, 2018, or face sanctions.

Committee on Thursday, also has directed the Central Bank of Nigeria (CBN), the office of the Accountant General of the Federation, the ministry of Finance and other relevant parties to furnish the committee with all transaction details of N5. 6 billion funds released to four companies in relation to the Emergency Food Programme in the North East.

The committee made this demand after another investigative session on the alleged breach of trust by National Emergency Management Agency (NEMA) at the National Assembly.

According to the committee, the documents are to guide the panel to uncover the mystery surrounding the release of funds and to establish whether it was given to the companies as a loan or under whatever condition.

The decision to ask for the documents arose when beneficiaries of the contract to mop up grains, which were said to have been distributed in the North East, and the accountant general of the federation said they were selected for the job without asking for a loan to finance it from the CBN, while the Central Bank, on the other hand, insisted that the N5.6 billion was a loan.

2019: Presidential aspirant, Moghalu reveals party under which he will run