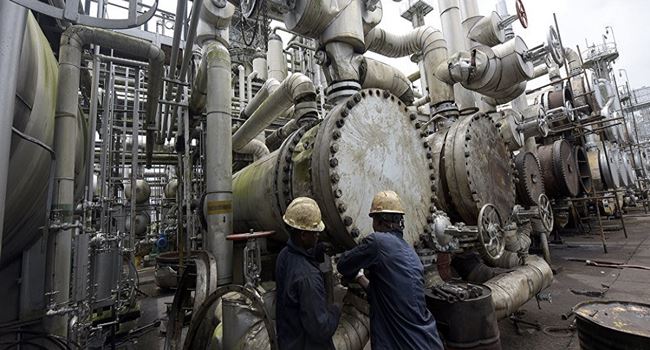 The House of Representatives has resolved to investigate alleged sabotage responsible for the frequent shutdown of Warri Refinery, towards addressing the problem.

The resolution was a sequel to the adoption of a motion by Rep. Ben Igbakpa (PDP-Delta) at plenary on Wednesday, March 17.

Speaking, Igbakpa said that the Warri Refinery and Petrochemical Company was mandated to produce refined products from mainly local crude.

He explained that the three main sections of the production department which were reforming, crude distillation, and catalytic cracking units have operated for the past years due to the efforts of its personnel.

According to him, the plants were operating at an output of around 115m3/hour which translates to about 68 per cent installed capacity.

“The refinery has not operated optimally due to alleged top management decisions of the Nigerian National Petroleum Corporation (NNPC) to ground the plant for personal benefit from marketers importing products that can be produced in the refinery.

“The plant had severally shutdown due to haulage challenges, neglect in the evacuation of products, lack of functional or operational storage tanks, and poor maintenance culture on the part of management which also constitutes another reason for the refinery non-functionality.

“Aware of the alleged plan to ground the plant from refining products by members of the top echelon of the Warri Refinery in collaboration with the Chief Operating Officer (COO) as well as diverting crude meant for refining.

Also aware that when crude oil is delivered from Escravous tank farm for refining, the products are hoarded for about 14 days and thereafter diverted through the refinery jetty to interested buyers (or specific companies they have special interests in) who pay less.

“The resultant effects of this perceived economic sabotage is that the plant is brought down because no crude to refine as it has been diverted,” he said.

The house mandated its Committee on Petroleum (Upstream) to investigate the failure of the NNPC to address the haulage challenges.

The committee was also to look into the inadequate storage tanks affecting the Warri refinery and petrochemical company.

In his ruling, Deputy Speaker Ahmed Wase mandated the committee to investigate and report back in four weeks.