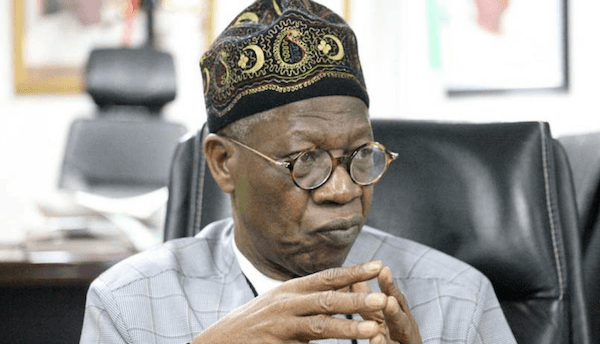 The House of Representatives on Tuesday disclosed that an invite has been dispatched to the Minister of Information, Lai Mohammed over “the objectives, intent, and duration of the suspension on the operations of Twitter in Nigeria.”

Ripples Nigeria had reported that Lai mandated the suspension of Twitter operations in Nigeria over an alleged threat on the sovereignty of the country.

This move elicited widespread criticism with the USA, UK, and other international bodies issuing statements calling on the FG to stop infringing oonf the populace’s freedom of expression.

Consequently, the Speaker of the House of Reps, Femi Gbajabiamila stated that the lawmakers have “been inundated with comments about the decision, requests for intervention and criticism.

“The House of Representatives recognises that Twitter, like other social media networks, is an important tool for communication and commerce in Nigeria, particularly amongst the younger generation who have used these networks for enterprise and innovation with great success.

“The House also recognises that as social media has been a tool for good, it can also be a tool for bad actors. As such, the government has a legitimate interest in ensuring that these platforms are not used to commit vile actions against individuals and the State.

“The Committees are additionally mandated to invite the Minister of Information and Culture, Alhaji Lai Mohammed to brief the House of Representatives on the objectives, intent, and duration of the suspension on the operations of Twitter in Nigeria, and to report to the House within ten (10) days.”

One week after sack, Gov Matawalle reinstates 3 commissioners, 3 board chairmen