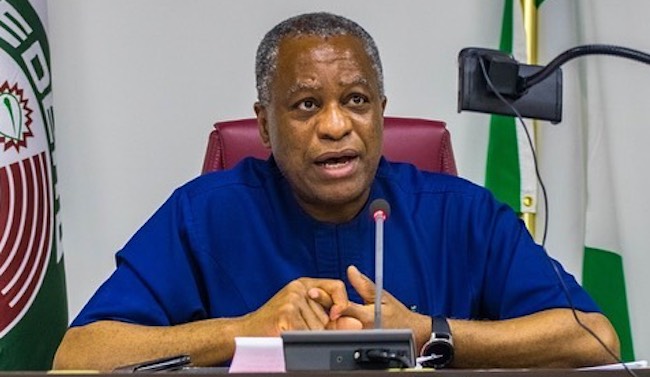 Due to suspected gross abuse of the Appropriations Act 2022 and the 1999 Constitution (as amended) by the ministry, the House of Representatives Committee on Foreign Affairs on Wednesday declined to consider and allow defense of the 2023 budget of the Federal Ministry of Foreign Affairs.

This was disclosed by Yusuf Buba Yakub, the chairman of the House Committee on Foreign Affairs, when Onyema Ugochukwu, the minister of foreign affairs, and his staff appeared before the committee to defend the ministry’s budget.

The committee stressed that it would only examine the budget if the ministry corrected the violations that it had found.

He explained that Section 80 (1-4) of the Federal Republic of Nigeria 1999 Constitution (as amended) grants the National Assembly the authority to approve the expenditure of all revenue receipts, including those that have been deposited in the Consolidated Revenue Fund, and to supervise how these funds are used.

Before a ministry could ask for another appropriation, according to Buba, all funds appropriated to MDAs like the Ministry of Foreign Affairs and others had to be accounted for. Hence, the budget defence session.

However, he said that, in violation of Section 7 of the Appropriations Act 2022, the Ministry of Foreign Affairs had continued to order embassies to keep and use money in their capital accounts without receiving any permission from the National Assembly.

Buba said, “It beats every logic that the Ministry of Foreign Affairs has deliberately refused to abide by the laws of the Federal Republic of Nigeria and by other statutes of the land, including the Standing Orders of the House.

“The question this committee is asking the Minister of Foreign Affairs is: Is he bigger than Nigeria and its laws? Or how else will one explain the constant flagrant abuse of the laws of the land even when we have continued to write letters to the ministry reminding it of relevant provisions of our laws that demand abiding by.

“According to Section 10 of the Appropriations Act 2022 (as Amended), Missions and Embassies have been empowered to constitute their Tender Board for the purpose of the procurements they need to make.

“We have called the attention of the Minister to this Act, but he has continued to direct the Missions not to obey this law in spite of receiving about four letters on the issue, including the latest one of 6 September 2022.

“In addition to the above, Section 7 of the Appropriations Act 2022 (As Amended), captures, inter alia, that “The Minister of Finance shall ensure that funds appropriated under this Act are released to the appropriate agencies and or organs of government as and when due, provided that no funds for any quarter of the fiscal year shall be deferred without prior waiver from the National Assembly”.

“In total disregard for the above, the Ministry has continued to direct Missions to retain and spend monies in their capital accounts without any waivers from the National Assembly. A 23rd September 2022 letter by this Committee that was sent to the Ministry, as a reminder to earlier ones, still did not stop the Ministry from flouting the laws of the land.

“Being aware that administrative charges have been approved at the Missions by Mr President, this Committee, in line with Section 80 (3 and 4) CFRN (as amended) has also observed that in total disregard to what the law says, the minister has continued to authorise the spending of monies generated through administrative charges at the Missions without being appropriated by the National Assembly.

“In conclusion, it is important to note that this committee has continued to draw the attention of the ministry to the above-noted infractions, but all to no avail.”

He decided that in order for the committee to consider the 2023 budget, the ministry must order all missions to abide by Section 10 of the 2022 Appropriations Act (as Amended) and submit to the National Assembly budget proposals for 2023 that include information about the missions’ and embassies’ targeted administrative charge revenues.

Additionally, he decreed that the ministry must provide the committee with a list of all money still available from the missions’ capital component allocations in order to obtain the requisite National Assembly waivers.

Onyema Ogochukwu, the minister of foreign affairs, responded by refuting the claims that the ministry had broken both the Constitution and the terms of the Appropriations Act 2022.

“I did not in any way tell them to disregard these requirements regarding the administrative charges. We are also in the process of explaining to them what they have to do to send it for appropriation before spending, not just spending anyhow.

“Also, on unspent funds under capital-seeking wavers, we have brought this to their attention and again, we are in the process of developing template for all the missions to follow.

“I would like to beg Mr. Chairman that contrary to your assertion, the ministry is in no way trying to flout the laws of the land and trying to appropriate to itself powers that it does not have. We have here and we can submit to this committee evidence of directives we have given to the missions,” he said.