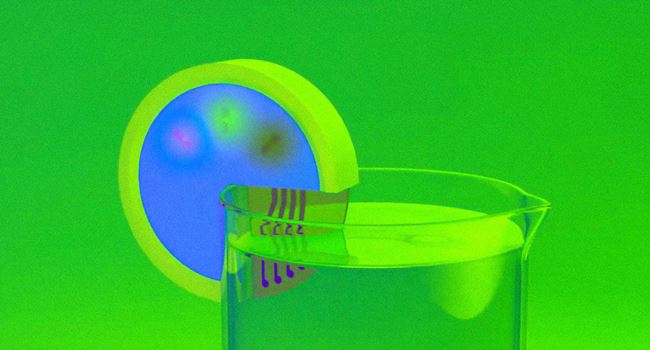 IBM researchers have unveiled a new electronic tongue capable of bridging gap, making it easier to identify a range of liquids on the fly.

The IBM team calls its electronic tongue Hypertaste, and it looks a bit like a drink coaster with a slit in its side.

This slit allows the device to rest on the edge of a glass of liquid, not unlike a circle of lime in a margarita.

Once in this position, an array of electrochemical sensors in the now-submerged part of Hypertaste can sense the presence of molecule combinations in the liquid.

The sensors then react to those molecules by producing measurable electrical signals that, when consider together, “give you something like a fingerprint of the particular liquid,” researcher Patrick Ruch recently told Engadget.

Once Hypertaste has this fingerprint, it transmits it to a mobile device, which in turn, sends it to a cloud server. There, an AI compares that fingerprint to the fingerprints of known liquids, and sends the closest match back to the mobile device.

The whole process from submersion to match takes less than a minute, according to an IBM blog post, and the device can identify any liquid whose fingerprint is added to the database.