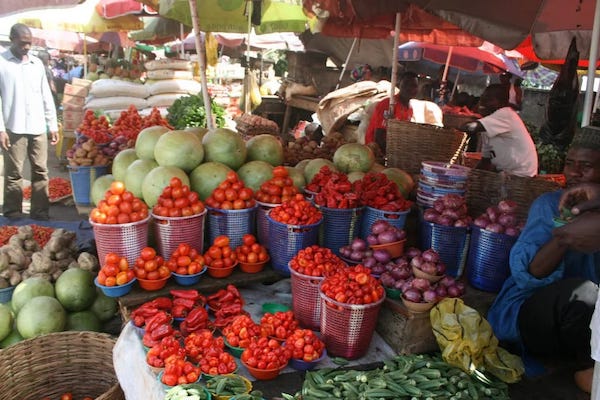 A new study has revealed that Nigerians and citizens of other third-world nations would face a serious food crisis in the event of a nuclear war between Russia and the United States.

In the report published by Rutgers University, researchers expressed fear that the nuclear conflict would lead to catastrophic disruptions in food supplies, especially in Nigeria and other third-world countries.

The study also noted that even a smaller-scale nuclear war between Pakistan and India would devastate food supplies, slash global production by 7 percent within five years and kill up to 2.5 billion people.

It further predicted that food insecurity in these cases would be deadlier than nuclear blasts.

“The data tell us one thing: We must prevent a nuclear war from ever happening,” a climate scientist, Alan Robock, co-author of the study, said in a statement.

The researchers examined how wind patterns could spread smoke and fire from nuclear attacks and cloudy skies above major food exporters such as the US and China.

“The lack of sunlight would collapse harvests and could lead to a 90 percent drop in animal, fishing and crop yields worldwide within four years of a conflict between major nuclear powers,” it added.

Russia’s invasion of Ukraine and Chinese military drills near Taiwan have renewed fears of nuclear conflict in recent times.

After the war broke out in Ukraine, Russian President, Vladimir Putin, said his nuclear forces were “combat ready,” stoking fears of possible nuclear conflict with the West 30 years after the end of the Cold War.

China has conducted numerous drills around Taiwan following recent trips by US lawmakers to the island, which Beijing claims as its territory.

The instability in the Taiwan Strait comes as Western experts warn that Beijing is accelerating a build-up of its nuclear arsenal.

Related Topics:#featuredFOOD CRISIS
Up Next