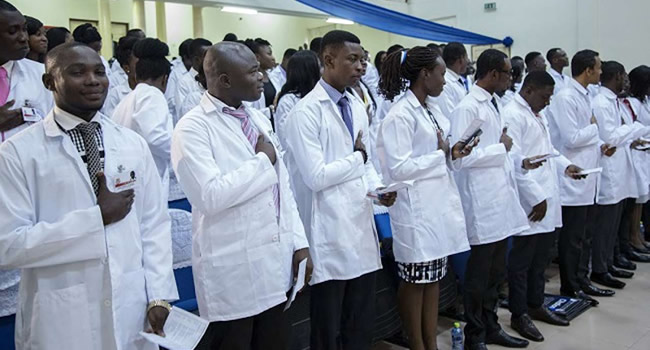 The Nigerian Association of Resident Doctors has adjourned the meeting of its extraordinary National Executive Council till Wednesday.

The council, according to the National President, Dare Ishaya, was expected to decide on whether or not members of the association should embark on industrial action.

Ripples Nigeria learnt that members were divided in the meeting held on Saturday.

The meeting was convened to decide on the ultimatum issued to state and Federal Governments concerning the doctors’ demands.

Speaking with newsmen on Sunday, Ishaya said the council adjourned and would reconvene virtually on Wednesday.

Ishaya said: “We are on recess and we are resuming on Wednesday by 4pm to conclude the meeting. We are on recess because some contentious issues may lead to an unfavourable outcome.

“I have seen some progress and I want the progress to materialise so that I wouldn’t allow the NEC to take decisions based on the mood and I didn’t want the decisions to be taken on some of the issues like the MRTF allowance, hazard allowance and the committee to look into paying them.

“I have seen significant progress but there are some details I don’t have to be able to persuade the majority. Many are convinced but the result is not as overwhelming or as significant as I think, so I don’t want to risk deciding on it.

“We have been making some progress but some say they are not convincing enough while some believe they are convincing. So, I don’t want to have a divided house so that we don’t have an outcome that is not good.”