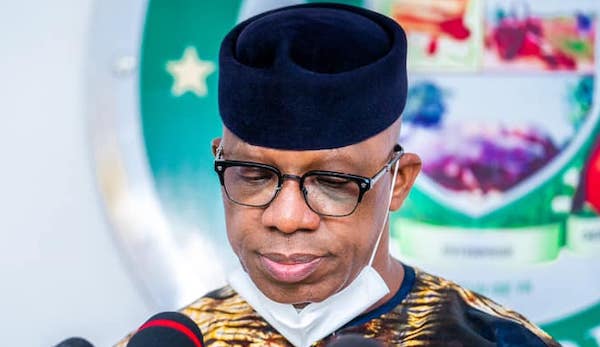 As the nation strives to contain the spread of the deadly COVID-19 pandemic, resident doctors at the Olabisi Onabanjo University Teaching Hospital, Sagamu, in Ogun State have given the state government notice of a three-day warning strike beginning from Monday, the 4th of May.

The doctors, under the aegis of the Association of Resident Doctors (ARD), whose members manage the isolation centres for the state government, in a letter to Ogun State Governor, Dapo Abiodun, explained that the warning strike became imperative following the alleged refusal of the government to yield to its agitations on the need to better its members’ welfare.

The letter was jointly signed by the President and General Secretary of the Association, Popoola Mutiu, and Osundara Tope, respectively.

The association further said that it would review the response of the government after the three-day warning strike.

The letter read in part: “We have a human face and we know people are the basis of our practice as medical professionals. We shall, therefore, exclude our members working at COVID-19 isolation centre from joining the strike action. They shall not take part in the strike.

“Following the three-day warning strike, we shall review the government’s response and appropriate action shall be taken thereafter.

“The whole house is very much displeased with the government on issues that bother on our agitations and welfare.

“We are perturbed with the non-committal response from the government despite repeated calls and letters to get their attention.

“There has been no commitment whatsoever from the government on the issue of Appropriate Remuneration, Entry Level, New Minimum Wage, Hazard allowance and Life Insurance for our members.

“No response to the letter written by the National Body of the Association of Resident Doctors notifying Ogun State Government on the aberration concerning the Appropriate Remuneration to her members at OOUTH.

“Despite the inadequate response of Ogun State Government to the Health risks confronted by our members during this COVID-19 pandemic, our members went ahead to continue their work diligently in their various departments and at the Isolation Centre.

He is not one of us, NSCDC disowns ‘official’ arrested in Ebonyi