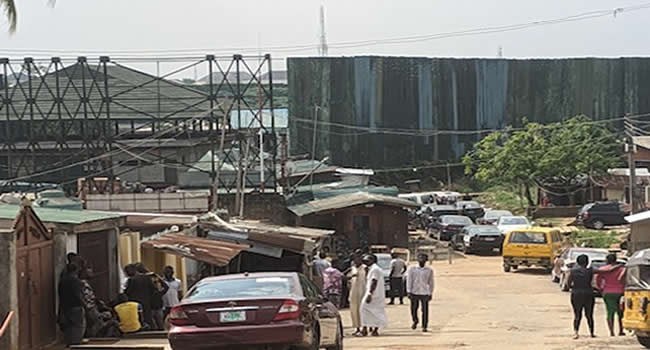 Residents of Ikotun-Egbe area have called on the state government to rename the street where Prophet T.B. Joshua is said to have begun his ministry after him.

Some of the residents who gathered in mass shared with Ripples Nigeria on their plans to write to the government through the Bale to change the name of the street.

According to the residents, Ajisegiri street is where the Church, The Synagogue Church Of All Nations (SCOAN) started from and still hosts the prayer mountain of Temitope Balogun Joshua popularly known as TB Joshua, and one of his resident hence he should be given that honour.

“The residents are planning to send a request to the Lagos government through the bale seeking to rename the Street,” A distraught Salami Seyi said.

“I became a Christian because of his kindness, and love for the community, he is selfless and always takes care of the poor, this is the only way we should always remember him,” he added

“I couldn’t go to church, I never imagined he could leave us so soon, he was a great man and a symbol of hope to many youths in the area”, he said.

Another resident, Chukuemeka Aniobi added, “We have not only been touched by his kindness but his willingness to help the community develop.”

Fighting back his tears Aniobi told Ripples Nigeria that although he hasn’t confirmed the information, but he heard that when the area was having power issues, TB Joshua contributed massively in ensuring a stable power supply.

“How can we not miss such a man, he was not just good to Yoruba, he was also good to Igbo, Hausa in fact all tribes have benefited from his good works.”

Ajisegiri street is located at the Egbe area of Ikotun and is believed to be the place where TB Joshua, started his ministry, The Synagogue Church Of All Nations (SCOAN).

Presently, the headquarters of the church is at Segun Irefin street Ikotun.

When Ripples Nigeria paid a visit to the residence of the Bale of the community, one of the chiefs said he was unavailable as he traveled for an official meeting.

Onion traders to cut supplies to South-East by Monday