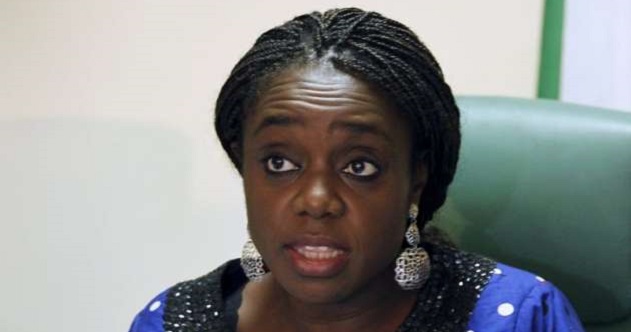 The ruling All Progressives Congress (APC) has hailed President Muhammadu Buhari and former Minister of Finance, Kemi Adeosun, over the later’s resignation from office.

According to the APC, the action of Mrs Adeosun in resigning and that of President Buhari in accepting it is a mar of honour, strength, character and integrity.

This was stated by the acting National Publicity Secretary of the party, Yekini Nabena, on Sunday.

It would be recalled that Mrs Adeosun was accused of parading a fake exemption certificate after failing to perform the mandatory National Youth Service Corps (NYSC) upon graduation from the university before the age of 30.

She however remained silent for over 60 days after the scandal was exposed. She however resigned on Friday, blaming middle men she engaged to procure the certificate for her woes.

In the statement, Nabena said that like all responsive and responsible governments concerned about the truth and due process, the APC-led federal government undertook diligent investigation of the allegation.

Read Also: PDP calls for the arrest and prosecution of Adeosun

“Now that the report of the investigation is out, the right thing has been done, the honourable Minister has taken the path of honour and resigned,” he said.

He also congratulated Mrs Adeosun for her action and wished her success in her future endeavours, and joined the president in appreciating her immense contributions to the stability of the Nigerian economy in the past three and half years.

According to him, in Buhari’s administration of integrity and transparency in the conduct of public affairs, no government officer with a modicum of questionable conduct or integrity should stay in office.

Nabena also took a swipe at the opposition Peoples Democratic Party, PDP, alleging that under it, the country was held down by “corrupt and irresponsible public officers.”

“It was these acts of corruption, impunity, irresponsibility and executive rascality that made Nigerians vote in the President Buhari administration in 2015, with its change mantra to put a stop to such undemocratic practices,” Mr Nabena said.