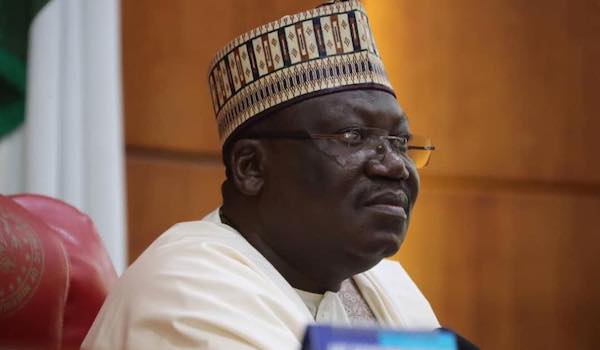 The Peoples Democratic Party (PDP) has cautioned the National Assembly against relinquishing its statutory powers of checks and balances by honouring all requests from President Muhammadu Buhari without subjecting it to statutory scrutiny.

Speaking on the Senate President, Ahmed Lawan’s comment that the Senate would honour any request from the president, PDP advised lawmakers not to surrender their independence to the executive.

In a statement by its spokesperson, Kola Ologbondiyan, PDP advised the lawmakers to insist on oversight functions.

“The leadership of the Senate should resist any forms of intimidation from the Buhari Presidency to surrender its independence and pass bills and requests without statutory legislative scrutiny and oversights.

“Our position is predicated on the blanket comment credited to the Senate President, Senator Ahmed Lawan, that any request from President Muhammadu Buhari to the National Assembly is good for the nation, even without subjecting such requests to statutory legislative scrutiny.

“The PDP describes such stance as unconstitutional and unacceptable as it amounts to relinquishing statutory powers of checks and balances of the National Assembly.

“This, our party notes will create an alarming impression that the present National Assembly has been annexed by the executive and reduced to a rubber-stamp legislature.

“The statement by the Senate President has heavily detracted from the expected independence of the legislature. It is fast eroding the confidence Nigerians have on the Senate and the National Assembly, as

true representatives of the people at the national level.

“The party notes that even if the Senate leadership believes in the import of any request or bill from the President, the 1999 Constitution (as amended) requires the legislature to pass such through its statutory

checks and balances processes to ensure that the content and intent are in tandem with overall national interest.

“Such legislative checks are enshrined in the constitution to curtail the excesses of the executive as well as create room for democratic tenet of citizens’ participation through their elected representatives.

“Anything to the contrary is a direct suspension of our constitution, enthronement of dictatorship and a sidestepping of the legislative powers, which is capable of destroying the institution of the National Assembly.

“Moreover, legislative processes for statutory interfaces with other arms of government, particularly the executive, is governed by the constitution, laid down legislative rules, practices and conventions and not by the narrow-minded assumptions of any single individual.

“We remind the Senate President that the National Assembly is the very symbol of our nation’s democracy. It is an institution that belongs to the people and not to any political party or group. Ceding its independence, therefore, amounts to surrendering the sovereignty of the people.

“Our party, therefore, charges National Assembly members to ensure they live up to their billings by insisting on their oversight functions as well as take immediate steps to reassure Nigerians on its capacity to protect their interests at all times.”