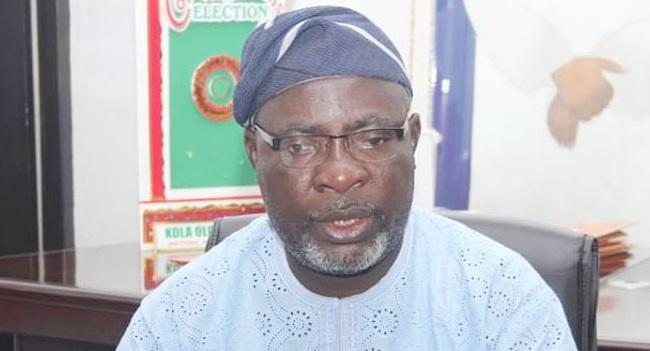 The Peoples Democratic Party (PDP) on Wednesday charged the Federal Government to immediately respond to a statement credited to the Chairman of the Senate Committee on Army, Ali Ndume, on the military being under-funded.

In a statement issued by its National Publicity Secretary, Kola Ologbondiyan, the opposition party also asked Katsina State Governor, Aminu Masari, to explain his alleged connection with the criminal elements terrorising his state.

The governor had blamed the opposition for rising bandit attacks in Katsina.

In a chat with journalists on Tuesday, Ndume said he refused to call for sack of the service chiefs because the military was under-funded and ill-equipped to tackle the criminal elements in the country.

In the statement, PDP described as worrisome, the comments by Ndume, who had restated his position that the government was not adequately funding the military.

According to the party, the senator’s comments placed a huge burden of explanation at the doorstep of the current administration, which it said had failed on all fronts to secure Nigeria, leading to the escalation of banditry, insurgency, kidnapping and other acts of violence across the country.

READ ALSO: Why I didn’t join the call for the sack of service chiefs —Ndume

The party said “it is equally distressing that President Muhammadu Buhari had failed to lead from the front as he promised in addition to failure to heed the demands by Nigerians to change his service chiefs and inject new blood into the nation’s security architecture”.

The PDP, in berating Governor Masari, expressed concerns that the governor resorted to playing politics with the lives of Nigerians in Katsina State by blaming imaginary political rivals, when it is public knowledge that he knows the bandits and have been having dealings with them.

“The party, however, observes that Governor Marasi’s comments had also escalated public apprehension over his government’s alleged complicity in the banditry ravaging the state.

“Nigerians can recall that Governor Masari reportedly have some connections with the bandits and even held a much-publicized ceasefire agreement meeting with them in September 2019, where the bandits reportedly stated that their grievance was alleged maltreatment by authorities in Katsina State.

“Nigerians can also recall that Governor Masari, in June 2020, announced that his peace agreement with the bandits has collapsed because, according to him, the bandits breached the agreement which his administration had with them.

“Our party therefore urges Governor Masari to come clean on his connections with the bandits and stop pointing accusing fingers on imaginary political rivals, apparently to divert public attention from deeper issues relating to banditry in his state”, the PDP said.

Has Hushpuppi been released? As reports claim so, his lawyer responds