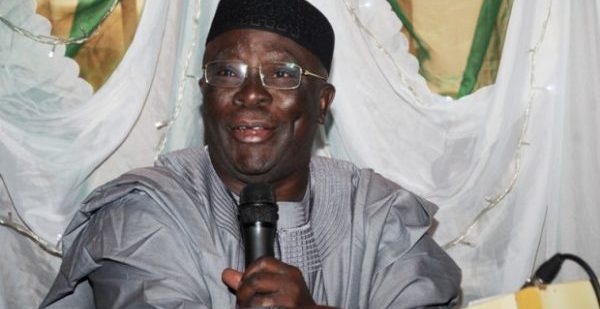 A statesman and Afenifere leader, Chief Ayo Adebanjo, has described the rest of Nigeria as being slaves to the northern part.

This followed his comment at the weekend that the North had been using false population figures to get a majority in the parliament and that there was need for Nigeria to return to a genuine federal structure in order to free the rest of the country from servitude.

Pa Adebanjo spoke during a special interview on the Broadcasting Corporation of Oyo State (BCOS) TV.

“The beginning of our problem in this country was the military coup of 1966. The people who want to do mischief, particularly our brothers from the North, are cheating us under the present structure imposed on us by the military in 1966.

“As long as that constitution exists, those of us in the South who took part in the founding of this nation under our constitutional democracy will not accept.

“This constitution created local governments which they use to distribute resources. But the North is in a position of strength.

“This is a country where a section is imposing its will on the rest. They are using false population to get a majority in the parliament.

“The return to the genuine federal structure is imperative to free the rest of the country from servitude,” he said.

Speaking further, the Afenifere leader frowned that some Yoruba leaders in the ruling All Progressive Congress (APC), had failed to be bold enough to condemn the current situation of things in the country.

“Our brothers who are in the APC will say they cannot do without the North and I dare say we are equal partners in this federation,” he added.

Related Topics:AfenifereAyo Adebanjo
Up Next