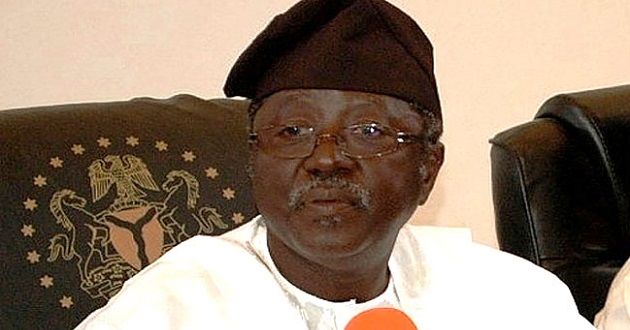 The former Plateau State governor, Jonah Jang, on Tuesday joined the growing number of people demanding the restructuring of Nigeria.

He also called for a new constitution for the country and described any amendment to the 1999 Constitution as an exercise in futility.

Jang, who stated this during a chat with journalists in Abuja, said the only Nigeria way to move Nigeria forward was to restructure the country and enthrone a new constitution that would have the agreement of all.

The former governor described the 1999 Constitution as “a document full of injustice and imbalance” that needed to be dumped.

He added that all the socio-economic problems plaguing the country emanated from the constitution.

Jang said: “The military cannot create a constitution for a civil and democratic society. The 1999 Constitution (as Amended) is problematic because it gives some people an undue advantage over others.

“Such constitution, as we have now cannot stand and no matter the amendments. It will not work because our experience has shown that those saddled with the responsibility would only pick some portions that do not suit them to amend while those that suit them are left untouched even when the issues are detrimental to the survival and wellbeing of other Nigerians.

READ ALSO: Nigeria’s process of restructuring must be concluded before the 2023 elections –Nwodo

“You will find such abnormality and injustice against the people all over the country with the backing of the constitution. It should not be like that. The governor as the chief security officer in his state cannot give certain orders to the commissioner of police in his state without the officer first, getting clearance outside his domain in Abuja which is also abnormal.

“As a result, what we have presently is an unfortunate situation where state governors who are supposed to protect the people and drive the developmental aspirations of their people in their respective states without necessarily seeking clearance from Abuja, have now become captives due to the flaws in the constitution.”

He urged the government to allow the people to deliberate, debate, and discuss the issues and questions that have arisen out of the constitution, stressing that only the restructuring of the country and enthroning of a new constitution agreed by Nigerians are the real solution to the country’s problems.