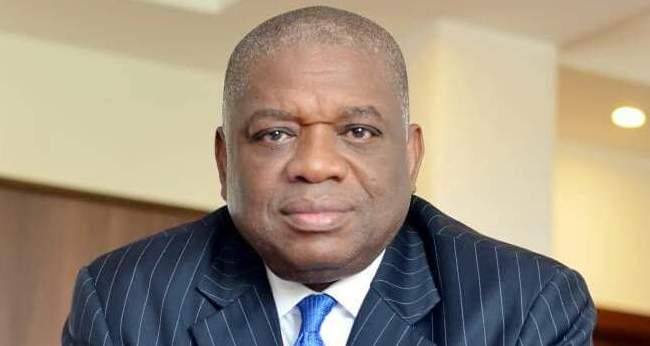 The Chief Whip of the Senate, Orji Uzor Kalu has responded to growing calls for a comprehensive restructure of the polity by clarifying that amendments have to be effected regarding such mandate.

Kalu made this clarification on Thursday during an interview on AriseTV monitored by Ripples Nigeria, where he also asserted that the issue of restructuring was not an immediate concern for him.

According to the former governor of Abia State, the processes involved in restructuring a complex country such as Nigeria require patience and the active involvement of the National Assembly.

He further disclosed his support for the entrenchment of the state policing system with adequate checks and balances to prevent abuse by state governors who need to “put their feet down in order to tackle the scourge in order to complement the efforts of the Federal Government” regarding insecurity and terrorism across the country.

“I have always believed that we should have state police and I disagree with President Muhammadu Buhari on that. We need to entrench it via the NASS but it requires checks and balances. If there are not enough Checks and Balances, the Governors might also be tyrannical especially with respect to the Local Government Areas but overall, the state police is good.

“Also, most of these governors are not holistic in their approach by refusing to engage stakeholders on the issue of policing. They should do due diligence on security issues.

“Buhari has done very well and I will rate his administration very highly because the country might have been divided without his ascension as the President even in tackling terrorism.

“We lack adequate security resources; it is about the governors putting their feet down in order to tackle the scourge in order to complement the efforts of the Federal Government. I am pleading with the governors because the efforts are on them to secure their respective states; it is not PMB that is going to always bail states out. I disagree with some policies, of course, but he has done well.”

In response to questions regarding expectations, if he became the President of Nigeria, Kalu enumerated three core mandates needed to set the country aright.

“When I was the governor of Abia, Aba was inhospitable and my first priority will be to free Nigerians from terrorism which will enable them to move freely within the borders of the country; securing the lives and properties of our people. This was what I did when I was the Governor of Abia State. I also gave Anambra State my security roadmap in order to secure Onitsha from these criminals.

“Second, I will give Nigerians the confidence to be a Nigerian. We have lost confidence in where we are coming from.

“Third. To restore electricity to Nigerians; everything else will follow if we adhere to these primary blueprints. I will create an economic miracle for our people.

“I am well prepared and not scared of any critics; the most important thing is the unity of the country. I have never been involved in any illegal business.”

How I made my money —Kalu