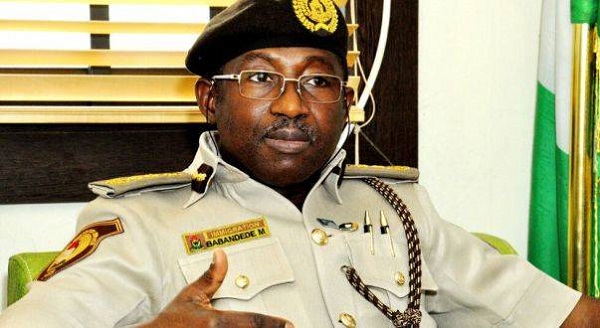 The Nigerian Immigration Service (NIS) has commenced moves to recover the excess minimum wage arrears paid to some of its operatives through the Integrated Personnel Payroll Information System (IPPIS).

The Federal Government had last week paid the minimum wage arrears with the December 2019 salary and IPPIS drew the attention of the Immigration management to the erroneous double payment of the arrears to some NIS personnel.

Consequently, the IPPIS directed the Service to recover the excess arrears from the affected personnel and return same to the treasury.

In a circular dated January 2, 2020, and issued by the Service Deputy Comptroller General (Finance and Accounts), N.E. Graham, the Immigration said it would deduct the overpaid arrears from the salaries of the concerned personnel.

The circular read: “I am directed to inform all officers and men that the Federal Government has paid the arrears of the new minimum wage. The arrears were paid together with the December 2019 salary. However, Integrated Personnel Payroll Information System (IPPIS) has notified the Service that the minimum wage arrears were erroneously paid twice to some personnel of the Service.

READ ALSO: Coalition of older persons pushes for passage of bill to take care of their needs

“Consequent on the above, the beneficiaries of the said arrears are to expect the deduction of the overpaid arrears from their salary soon, as the IPPIS office has indicated that the payment will be recovered in full.

“Please bring the content of this circular to the attention of all those concerned.”

The IPPSIS was introduced by the present administration to improve the effectiveness and efficiency of payroll administration for its Ministries, Departments and Agencies (MDAs).

It commenced operation in 2007 and currently over 400 MDAs are captured in the platform.

It is directly responsible for payment of salaries and wages directly to the bank accounts of federal government employees.

However, the Academic Union of Universities (ASUU) has rejected the IPPIS, saying it is a scam and threat to national security.

Withdrawal of troops from volatile areas will be gradual —Buhari