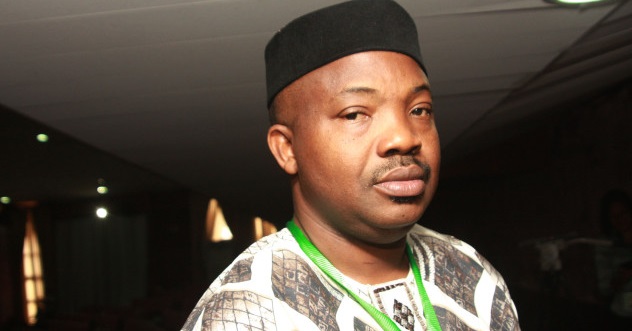 The Yoruba socio-cultural group, Afenifere and the Ohanaeze Ndigbo have condemned the recall order handed Fulani herdsmen back to the northern part of the country by the Northern Elders Forum, NEF and the Coalition of Northern Groups, CNG, as arrogant, irresponsible and unpatriotic.

It would be recalled that the NEF and the CNG had at a press conference on Tuesday ordered Fulani herdsmen staying in the southern part of the country to immediately return to the North where their safety and that of their property will be guaranteed.

The two groups hinged the recall order on alleged declaration of war against the herdsmen by leaders of the southern part of the country.

Reacting to the order on Wednesday, Afenifere accused NEF of heating the polity with its claims that Fulani herdsmen were not safe in the South, describing the statement as insensitive and arrogant.

According to the group, it was disappointed by NEF Chairman, Prof. Ango Abdullahi’s utterances, stating that the directive to Fulani herders to return home was a subtle threat against southerners living in the North.

Stating the position of Afenifere, its spokesman, Yinka Odumakin said Abdullahi’s utterances clearly showed that “there are people who value cows more than human beings.”

He said: “For us in Afenifere, that statement smacks of insensitivity of the highest order and arrogance of the greatest proportion. They are not talking about the shedding of human blood, we are yet to hear messages of condolences or regrets from these people only for them to be blackmailing the rest of the country.

“That shows clearly that there are some people who value cows more than human beings. If he (Abdullahi) asked the herders to take their cows back to the North, what about the sleeper cells? What about the militia who are armed, who are killing people in southern communities?”

Afenifere further said it had expected the NEF to offer condolences over the bloodshed across the country, noting that it stance indicated that it was in support of the “threat issued by Coalition of Northern Groups against southerners living in the North a few weeks ago.”

On its part, the Ohanaeze Ndigbo warned the NEF and the CNG not to overheat the polity and cause unnecessary commotion in the country.

The apex body of Igbos of the Southeast, in a statement by its Deputy National Publicity Secretary, Chuks Ibegbu, queried the group on who made them the spokesmen for the entire North and when the entire North sat to take such a decision.

The statement also noted that the call for Fulani herdsmen to leave the South was surprising and irresponsible on the part of those who issued the order, asking those making the call not to put the herders into undue hardship by their utterances and call.

“There are harmless herders here who have been doing their legitimate business over the years, but there are also those who are into crime and kidnapping.

“We must separate the two. And of course, we are not saying herdsmen are responsible for all the crimes in our society. But the government of the day is not helping matters by some of its lopsided policies on the issue,” Ibegbu added.

The Ohanaeze spokesman, however, said that it was up to the northerners in the South to decide whether to “listen to the voice of their self-proclaimed spokesmen for the North or the voice of reason.”

“Nobody is against peaceful herdsmen who have maintained good relationship with their hosts but we are against violent ones that kidnap and cause havoc to innocent Nigerians and farmers.

“These irredentists just want to overheat the polity and pretend they are concerned about the plight of herdsmen. What solution have these people offered to herdsmen all these years. None. They just want to appear relevant and caring whereas they are the problem of the herdsmen”, Ibegbu said.

We killed NBA chairman for withholding our N18m, suspect confesses