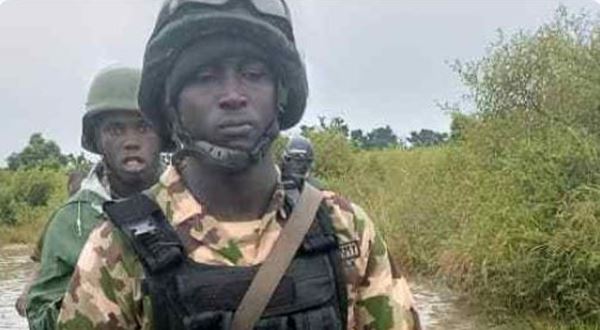 The identity of the Nigerian army corporal who allegedly killed four soldiers before taking his own life on Wednesday with his service rifle, at the Army Super Camp 15 located at Malam Fotori in Borno State, has been revealed.

The identity of the soldier was revealed in a Twitter post on Thursday by Dogo Shettima, an aide to Babagana Zulum, governor of Borno state, who informed in his post on the social media platform that the deceased soldier’s action is suspected to have been caused by depression and trauma.

The corporal, serving at a camp in the restive northeast state of Borno, also injured two others, said Sagir Musa, spokesperson for the army said in a statement after the incident.

Musa said the wounded were currently in a stable condition at an army hospital in Maiduguri, the state capital.

“Investigations are underway to determine the circumstances that led to the unfortunate incident,” he added. 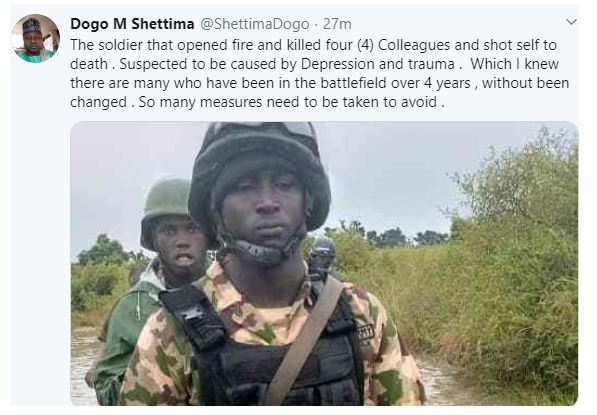