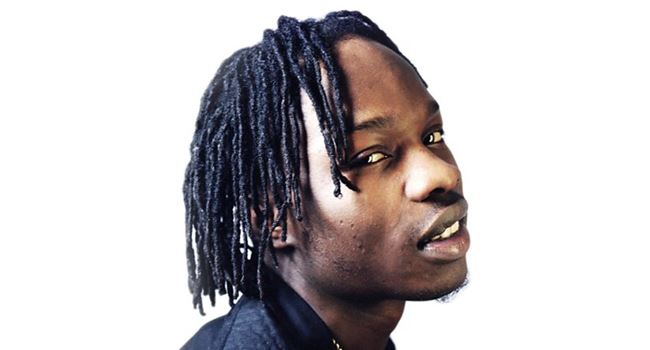 Despite efforts put in place by the management of Naira Marley to release the embattled singer after he was granted bail to the tune of N2 millon by the Federal High Court in Lagos, the embattled rapper is still in the custody of the Economic and Financial Crimes Commission (EFCC).

Scores of fans and close watchers who followed the arrest saga and eventual arraignment of the rapper have been flooding the social media page of the lyricist calling for his release, while some asked why he is still in custody after the court granted him bail.

However, the claim by @Mayorwiz5 was debunked by the management of Naira Marley which flatly denied the allegations noting that their client is still in EFCC custody because the anti-graft body needs to confirm the address of the sureties earlier provided by them.

Naira Marley’s management wrote thus on social media, “Hello Nigerians, lets be smart, it is not everything you or read that you should believe. Sureties have been provided from the day Naira Marley was granted bail. But we have to wait on the EFCC to go confirm the sureties address. We are still waiting on them to confirm and the court still needs to sign the release paper. To everyone talking rubbish, your time will come.”

Naira Marley had earlier appeared in court on May 10 for the commencement of proceedings of an advance fee fraud suit levelled against him by the Economic and Financial Crimes Commission (EFCC).

The arrest, interrogation and arraignment of Naira Marley follows his open endorsement of cybercrime on social media and a song he did with Zlatan Ibile titled ‘Am I A Yahoo Boy’ which claims Yahoo Yahoo is payback time for colonial masters for engaging in transatlantic slave trade. 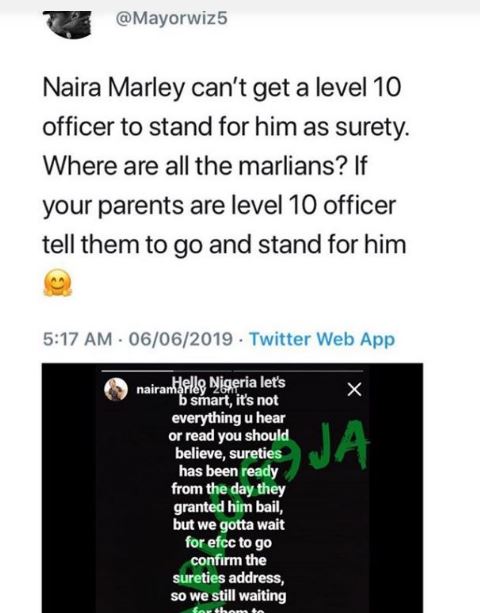