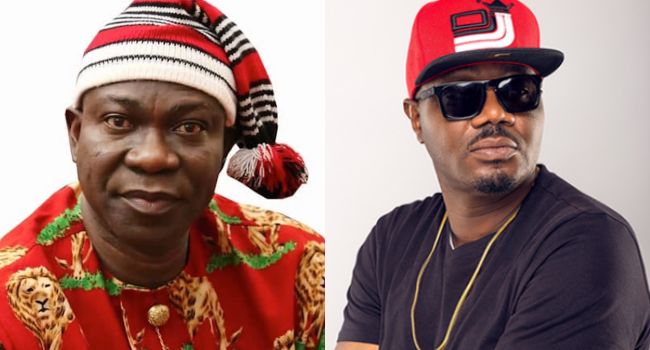 The Nigerian media has beamed its light on the medical conditions of a few public figures in recent times, particularly as it relates to kidney problems. Some of them are the musician, Eeedris Abdulkareem, whose wife donated a kidney to him; popular veteran Disk Jockey, Oluwaforijimi Amu (aka Jimmy Jatt), who had a successful kidney transplant in Nigeria; and the daughter of a former Deputy Senate President, Sonia Ekweremadu.

Unfortunately, the latter is still bedridden in a UK hospital waiting for a donor, while her father, one of the top ranking politicians in Nigeria’s South-East region is languishing in detention in that country.

Given the state of health care in the country, many citizens who can afford it prefer to go outside the shores of Nigeria to seek solutions to their medical problems, as they obviously have no faith in the facilities and medical facilities provided by the country and private individuals and groups.

However, a number still put their faith in what Nigeria has to offer, and in many cases have not been disappointed.

The lawmaker’s daughter and the veteran DJ had the same problem, both are based in the UK and the US respectively. However, the latter decided to have his full treatment and transplant in a Nigerian hospital. Jimmy Jatt’s ailment didn’t catch public attention until after the successful transplant when he revealed it in a documentary shot at the health facility in Abuja, where he was treated.

In the documentary shared on Instagram, the DJ said he was impressed with the quality of treatment he received at the medical centre. “I am impressed with what I got here. I submitted my whole life, and they took care of it,” he said in the video.

The experience is different for the Ekweremadu’s. They didn’t consider any of the hospitals in Nigeria good enough for their daughter so they opted for a considerably better health treatment in a UK hospital. While Jimmy Jatt’s donor remains anonymous, Sonia’s donor, on getting to UK approached the Interpol alleging that he was a minor and was brought to the UK through deception, for his organ to be harvested.

This led to the arrest of Senator Ekweremadu and his wife Beatrice, for alleged conspiracy to traffic a child to the United Kingdom in order to harvest organs. Allegedly, the Senator had not gone through the right channel to secure a donor for his daughter.

The alleged donor, Ukpo Nwamini David told the UK police that he was 15 years old, but his passport data page showed he was born on October 12, 2000. Ekweremadu and his lawyers maintain that the boy is 22, not 15.

Although, The Westminster Magistrate Court in the United Kingdom, in a pre-trial hearing, had ruled that David is not a minor, the lawmaker is still being held in prison ahead of trial on the grounds that he was a flight risk. However, his wife has been released on bail.

His colleagues at the Red Chamber had also tried to get him out, by taking diplomatic steps but their bourgeois influence seems to be limited to Nigeria.

Amidst Ekweremadu’s travails, his daughter is still in the foreign hospital, yet to get a kidney. Sonia, in a recent post on Instagram begged for a new donor, promising that upon her recovery, she would “commit and dedicate myself to helping people with the challenges of kidney disease”.

Both families had the same problem, one, Jimmy Jatt’s, put their faith in the Nigerian system and it did not fail him. The other, Ekweremadu’s, opted to go outside and solve their problem, but the UK where they hoped to get help turned out to be their undoing, as the family is still struggling to free itself from the outcome of their decision.