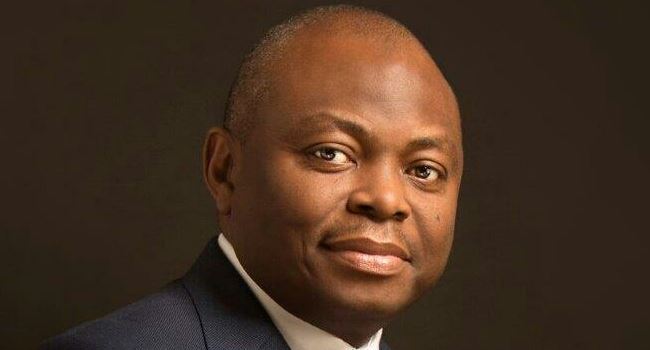 Change, they say is constant, and First Bank Nigeria (FBN) Holdings seems to be ripe for one, as the lender’s management continues to drag the company through the mud with no end in sight.

As a premier bank in West Africa and the oldest among its contemporaries in Nigeria, having been established in 1894, one will believe FBN should have had a grip on its brand reputation. But that is not to be as the firm has proved to be in need of crisis management experts to avoid drowning.

First Bank is the fifth most valuable bank in Nigeria, with N441.51 billion, which earned it a place among the FUGAZ cabal (made up of First Bank, UBA, GTBank, Access Bank and Zenith Bank) but when it comes to reputation capital, FBN is cash-strapped, and it might just be time to subject itself to serious re-engineering.

One crisis too many —a timeline of corporate mess

First Bank has been involved in one crisis too many of late that it is fast becoming the poster for a bad sheep in the financial industry.

While the capital market awaits other unpleasant surprise First Bank may have in store for its shareholders, a journey through the company’s management decisions in the last 11 months shows there’s a problem, or better still, bad corporate governance hovering on it.

The first was the sack of FBN Managing Director and Chief Executive Officer, Adesola Adeduntan, by the now ousted board, which replaced him with Gbenga Shobo, effective Wednesday, April 28.

The replacement was made without the mandatory approval of the Central Bank of Nigeria (CBN). This led to the regulator sacking the board chairman, Oba Otudeko and his directors, while reinstating Adeduntan, and making Shobo his deputy on April 29 – all these within a space of two days.

May: Month of downgrade

In response, International ratings agency, Moody’s, placed First Bank‘s deposit ratings on review for downgrade on May 7, while Fitch gave the lender a “B-” rating, which is also a downgrade, on May 9, 2021.

The “B-” rating means the risk of conducting business with First Bank is higher than it was before the CBN sacked all the management and replaced them with a new board.

Moody and Fitch decision had been blamed on breakdown of corporate governance at First Bank, which was similar to why Bernard Longe filed a lawsuit against the firm in March 2010 at the Supreme Court for sacking him from his MD position, and the court ruled that his sack was done “in his absence, illegal, null and void as it did not follow due process”.

Seven months after, in October, First Bank decided it was time to bath in the mud again, as it had failed to announce it had a shareholder with five percent majority stake and contradicting itself during the Femi Otedola and Tunde Hassan-Odukale leadership tussle.

Every listed firm on the capital market is mandated to reveal shareholders with five percent and above stake, but First Bank didn’t disclose even when it confirmed Otedola bought 5.07 percent stake on October 23, as it took a query from the Nigerian bourse regulator, Nigerian Exchange Group, for it to declare on October 27, that Hassan-Odukale owns 5.36 percent, making him majority holder.

Whereas, it had previously declared Otedola its highest shareholder on October 23 – this caused confusion to grip the market and it cost shareholders N53.84 billion in five days [from October 25-29]

November: The arrest of an incoming GMD

First Bank’s management continues to shoot themselves on the foot, as the firm announced on October 28, that it had appointed a new GMD for FBN Holdings, Nnamdi Okonkwo, who is on the money laundering watchlist of anti-graft agency, EFCC.

Okonkwo had reportedly been arrested by EFCC in 2017 while he was with Fidelity Bank, over accusations of laundering money for former Minister of Petroleum Resources, Diezani Alison-Madueke.

He was alleged to have assisted Alison-Madueke by keeping $40 million (out of the $153 million linked to the ex-minister) with First Bank’s former Executive Director, Public Sector Accountant, Dauda Lawal.

Despite this allegation hanging over Okonkwo, First Bank management appointed him to replace U.K. Eke, who was expected to vacate the GMD position on December 31.

But about 47 days to his appointment becoming effective, Okonkwo’s past returned to hurt First Bank’s battered reputation, as media headlines on November 15 reported he had been arrested again, while a publication stated that the incoming boss was in custody for two days before release.

First Bank, a tainted company, thought it wise to hire as GMD, a person with a blight past, which included Okonkwo’s former employer, Fidelity Bank, reportedly ordering a probe into his activities at the firm – although the lender later denied it.

So many troubles for one company, and there’s still 46 days left before 2021 comes to an end, but before it does, First Bank’s board would be better off stealing a page from Zuckerberg’s crisis management handout.

This had caused lawsuits and regulatory fines, and in a bid to erase the impact these crisis had been having on Facebook as a corporate institution, Zuckerberg rebranded the group name into Meta, in line with the firm’s new technology advancements direction.

Zuckerberg‘s name change was termed as his way of limiting the multiple scandals that enmeshed Facebook Inc., and giving the company’s future innovations a clean break from its many past sins – even Saul changed his name to Paul upon his conversion in the Bible, so shouldn’t First Bank take a cue?